When the curtain finally came down on the 76th Golden Globe Awards guests filed into the after parties commenting accolades that had spread the joy wide as well as honoring two industry greats: Jeff Bridges (with the Cecil B deMille Award) and Carol Burnett (with the newly minted lifetime achievement award for work in television which now bears her name).

Bohemian Rhapsody was named Best Drama and producer Graham King was joined on stage by Queen members Ryan May and Roger Taylor as he accepted the Golden Globe for the biopic on the British supergroup. Rami Malek, who portrays irrepressible frontman Freddie Mercury, earlier won the Globe for Best Actor for that role.

Farrelly took to the stage and delivered one of the night’s speeches with veiled references to relevant present-day issues. Speaking of the true segregation-era story about a black concert pianist traveling through the Jim Crow South with an Italian American driver, the director said:

“We are still living in divided times – If Don Shirley and Nick Vallelonga could find common ground we still do that. (We just have to) look for what we have in common and we have a lot: we want to be happy and be treated equally.”

Hosts Sandra Oh and Andy Shamberg presided over the proceedings with jokes and levity which alternated with feeling and emotion, one such moment coming during Sandra Oh’s own acceptance speech. After winning her Globe for Best Actress in a Drama Series for Killing Eve (and accomplishing the rare feat of hosting and winning in the same year), she thanked her parents who were beaming from the ballroom audience. Tears also flowed during the acceptance speech by Glenn Close as she accepted the deserved award for The Wife. She dedicated the win to her mother and to the plight of women facing the demands of pursuing careers.

Olivia Colman merited an ovation when she took Best Actress in a Comedy or Musical for her portrayal of Queen Anne in Yorgos Lanthimos’ The Favourite; Christian Bale was voted Best Actor in the same category for his transformational portrayal of Vice President Dick Cheney in Adam McKay’s Vice.

In the television department, Globes went to The Americans, Escape at Dannemora, The Marvelous Mrs. Maisel, Bodyguard, The Assassination of Gianni Versace  and The Kominsky Method, the latter two garnering the respective prizes for best series as well as a Globe each for Best Actor  (Michael Douglas and Darren Criss)

If there was a unifying theme to these Globes it was that of Film and television representing a universal language. The theme recurred from Patricia Arquette invoking the power of “our art” to speak to people the world over and Alfonso Cuarón echoing the sentiment while accepting the award for Best Foreign Language Film for Roma (he would later return to the stage after being named best director for the Spanish-language film which he also wrote and photographed) to HFPA President Meher Tatna.

Tatna announced two special grants of $1 million each to Inside Climate News, an organization devoted to investigative journalism on environmental issues and to the Reporters Committee for Freedom of the Press, a nonprofit organization that provides free legal assistance to and on behalf of journalists.

“It is incumbent on all of us to protect freedom of expression,” said Tatna. “It is our story to tell, our story to write and our stand to take.” 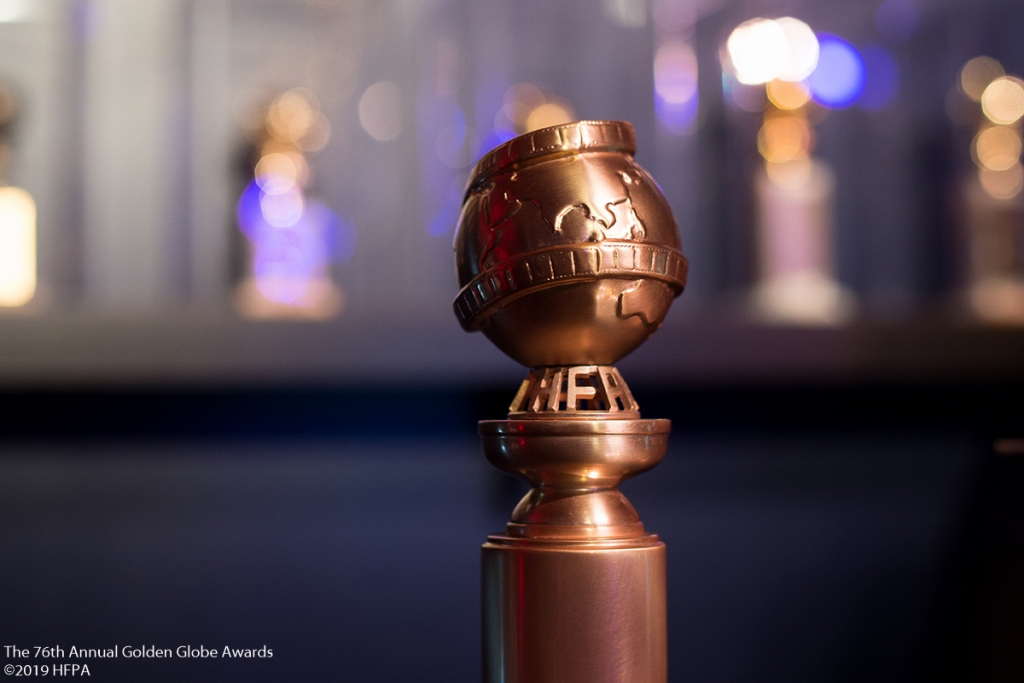