Now in its 20th year, RM’s 2018 Amelia Island sale is again set to reinforce the company’s clear market leadership. Last year’s sale boasted successful results and rose the bar once again above our competitors in sell-through rate, percentage of cars sold within estimate range, and number of lots sold above $1 million.
Amelia Island is perched on the sun-kissed coast of Northeastern Florida, providing a grand atmosphere for the midday Amelia Island sale.The auction preview is arranged on the lush oceanfront grounds of The Ritz-Carlton hotel, providing a breathtaking backdrop for the stunning selection of automobiles on offer. Since the inaugural Amelia Island auction in 1999, RM has been the principal sponsor and official auction house of the world-renowned Amelia Island Concours d’Elegance. This event honors a significant automobile’s personality each year and showcases unique and historic automobiles of all eras on the show field.

RM Sotheby’s is proud to be associated with the concours, which amplifies the camaraderie and attendance at the Amelia Island sale while simultaneously benefitting numerous charitable organizations year after year. 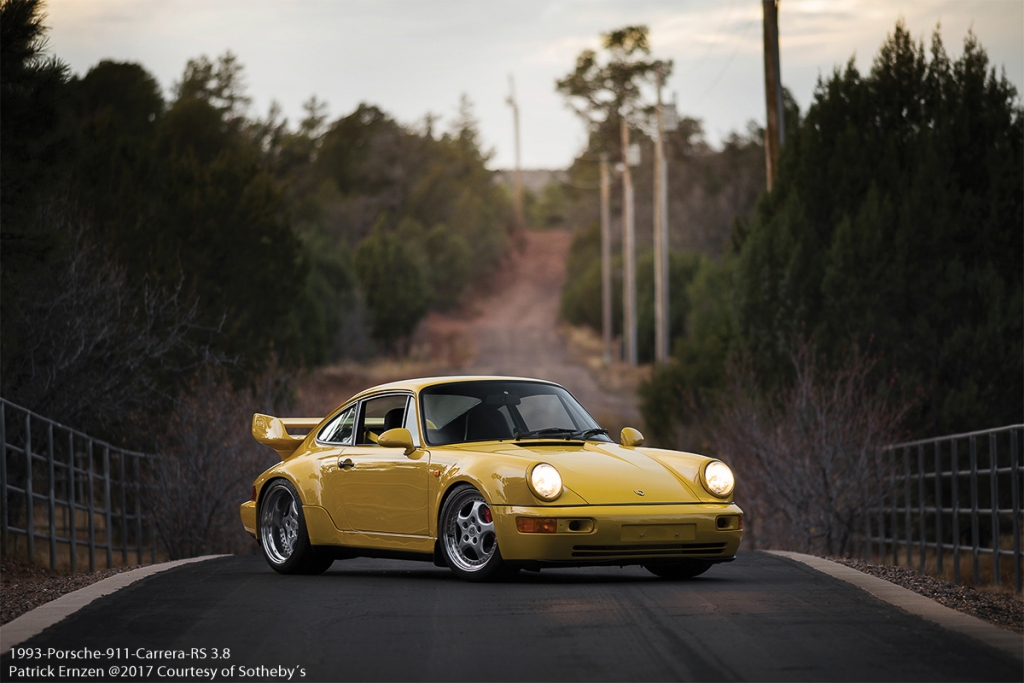 BLENHEIM, ONTARIO – RM Sotheby’s will present the world’s most extensive and exclusive collection of limited-production Porsche 911 Type 964 variants when the company returns to Florida as the official auction house of the Amelia Island Concours d’Elegance.

Aptly named Exclusively Porsche – The 964 Collection, the group of eleven Type 964s (and one 930) was assembled by a single collector, and avid Porsche enthusiast, over a decade and comprises the last of the truly hand-built Porsches, yet the first production models with coil-over suspensions, power steering, and ABS brakes. The collector also sought out the finest examples of all the 964 “specials”—high-performance cars either built or modified in limited quantities by Porsche’s Exclusive department.

“The 964 Collection is without a doubt the most complete and best collection of limited-production Porsche 964s to ever come to public auction,” says Alexander Weaver, Car Specialist, RM Sotheby’s. “The owner was well ahead of his time in assembling this group, which represents some of the rarest models in the entire Porsche lineage. We’ve had the privilege of bringing several exceptional collections of Porsche 911s to market over the last two years, and look forward to securing more strong results in Amelia Island, a proven venue for fresh-to-market rarities.”

The Carrera RS 3.8, Turbo S ‘Leichtbau’, and the Turbo S X85 ‘Flachbau’ will be on public view at RM Sotheby’s first event of 2018 in Arizona, 18-19 January. RM Sotheby’s 20th anniversary Amelia Island sale will present approximately 100 of the most sought-after blue-chip automobiles at the Ritz-Carlton on 10 March, ranging from coachbuilt classics to sports and racing rarities, and late model collectibles.