Regarded the model for the future of contemporary art and collectable design, NOMAD will return to Monaco following a successful debut edition in 2017 and winter showcase in St. Moritz. New furniture pieces and artworks will preview at the event, alongside rare and unique works by emerging and established artists from across the globe.

Pieces previewing by returning galleries include Claude Missir’s ‘Stick Table’ in an exclusive limited edition presented by Nilufar; two works commissioned by David Gill Gallery, including Barnaby Barford’s word drawing ‘Trust’ and Mattia Bonetti’s mahogany drinks Cabinet ’Tiger’ with brass and leather finishes; and SOAP (2018), a sculptural semi-polished resin table by Sabine Marcelis’ in ice-blue for Etage Projects. Sarah Myerscough Gallery will unveil the VOID table by Danish furniture makers Lasse Kristensen and Mette Bentzen of Egeværk while Gallery FUMI will release a trio of Incontro tables by Francesco Perini. Carwan Gallery will display new Extruder ceramic pieces in blue by Anton Alvarez. Other new works include a six-foot-tall sculpture made of shells by Rowan Mersh and Bob Lorimer for Gallery FUMI, which will be presented alongside photographs by French artist Guy Bourdin, in collaboration with Louise Alexander Gallery. Additionally, fifteen playful works by Misha Kahn for Friedman Benda Gallery will make their first public appearance, highlighting Kahn’s evolution as a designer.

Further highlights of the event programme include the NOMAD Lounge, set in a semi- outdoor space in the lush grounds of La Vigie, which will provide space for tranquility and entertaining. The NOMAD Talks series will feature a conversation supported and led by ‘Parley for the Oceans’ Founder Cyrill Gutsch. A second headline talk will bring together Rafael de Cárdenas, Misha Kahn, Soft Baroque and Omer Arbel for a conversation on art, design and architecture moderated by PIN-UP Editor Felix Burrichter. Special Projects will be presented by Charles Burnand, LIZWORKS and Mathieu Lehanneur. Running in parallel to ArtMonte-Carlo, where Victoria Miro, Pace and Gagosian will exhibit pieces at the Grimaldi Forum from 28th to 29th April, NOMAD encourages visiting guests to explore the arts and cultural heritage of the French Riviera, which spans Villa Santo Sospir, where Jean Cocteau famously lived in and painted the walls, the Cap Moderne development featuring Eileen Gray’s modernist Villa E -2017 and Le Corbusier’s holiday cottages and workshop – officially opening in May 2018 – and the delightful exhibition spaces of the Nouveau Musée National de Monaco: Villa Paloma and the historical Villa Sauber.

NOMAD Monaco will take place 26th to 29th April 2018, and is supported by the the Société des Bains de Mer (SBM), a patron of art and design and operator of some of the finest hotels in Monte Carlo. NOMAD is an event and global community for collectors, interior designers, architects and art and design professionals. Access to the event is via accreditation on the NOMAD website and by invitation. 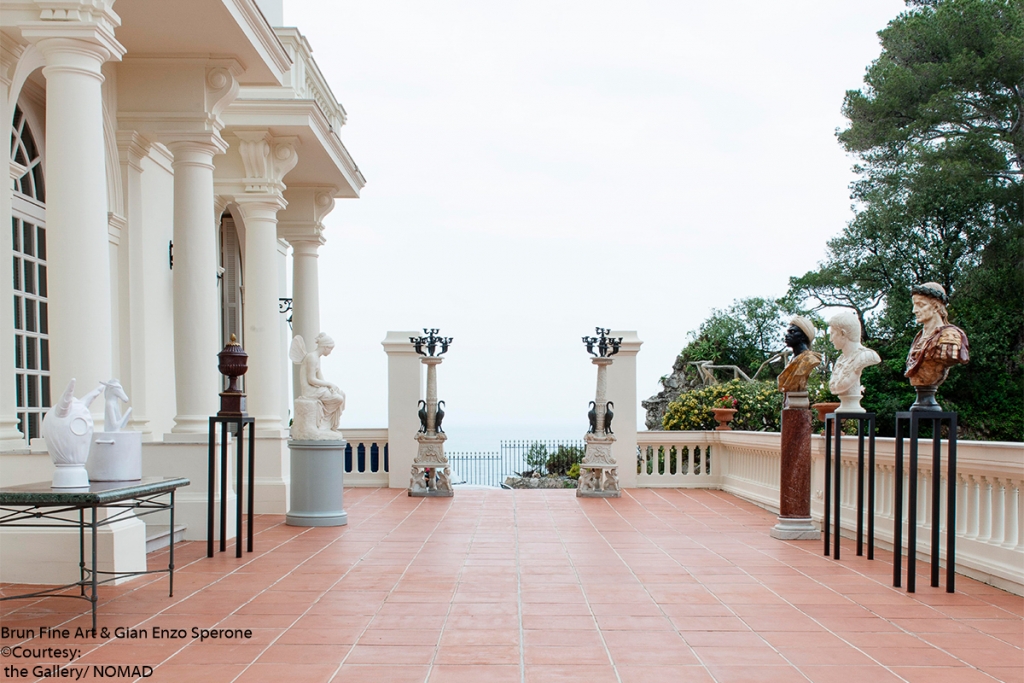