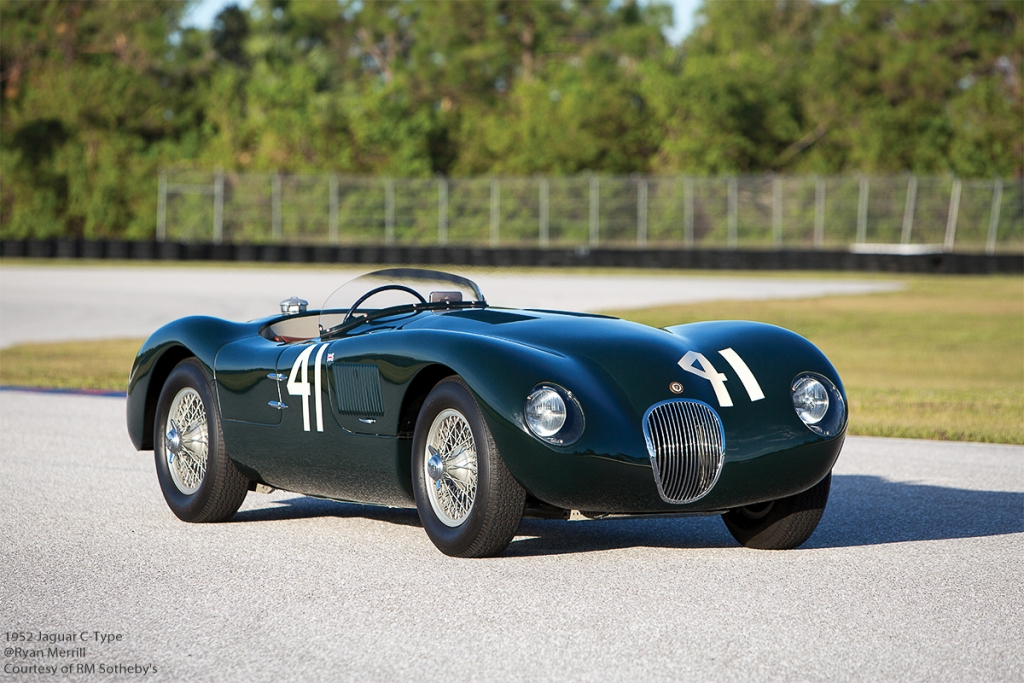 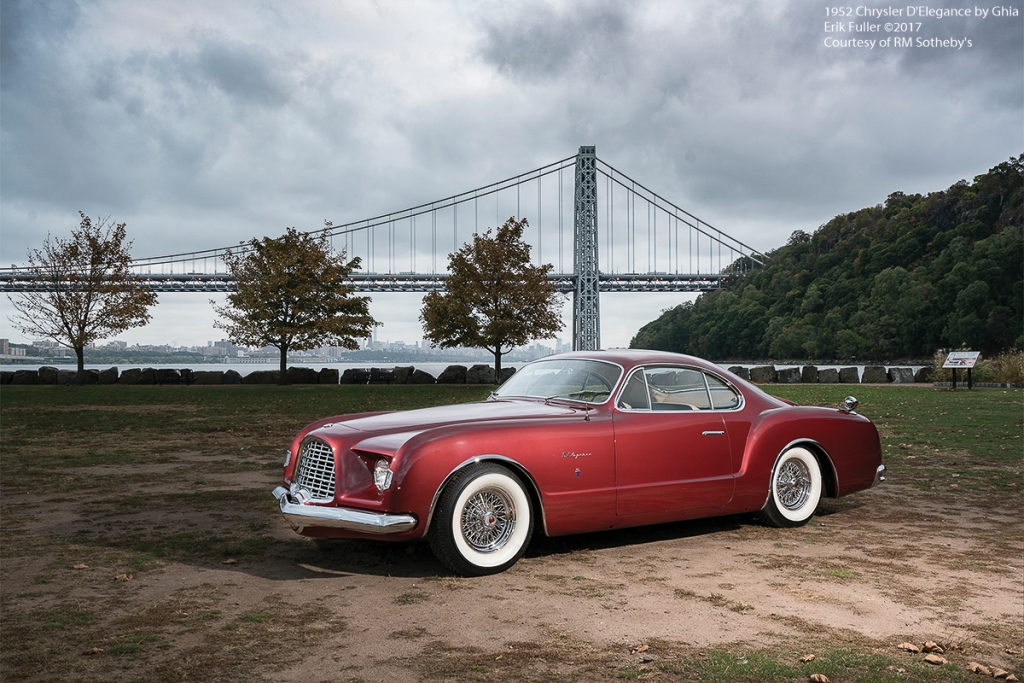 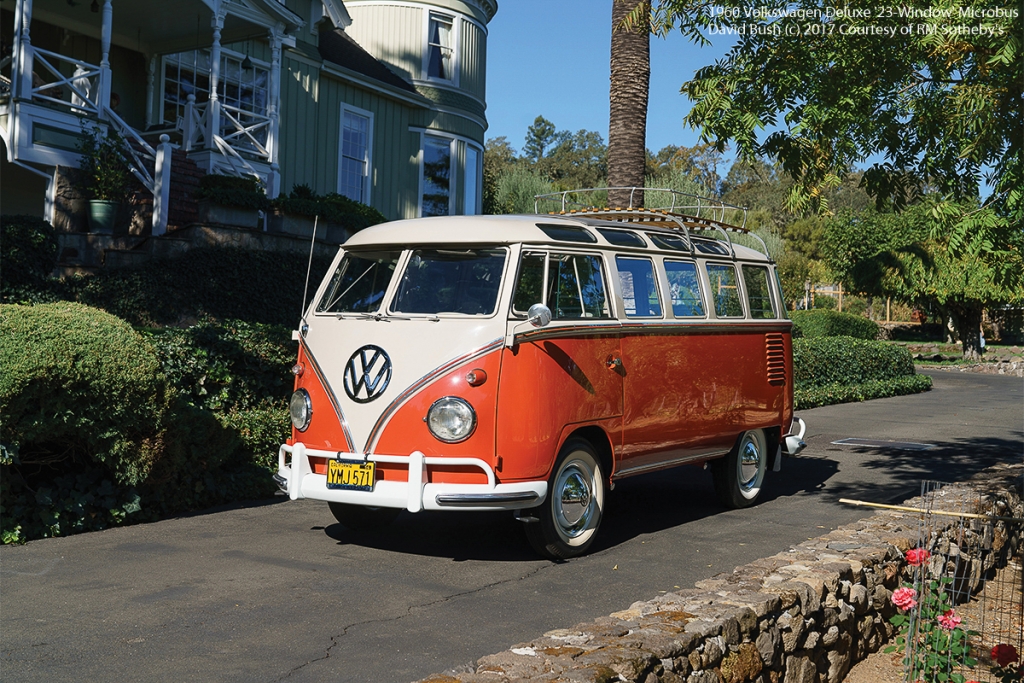 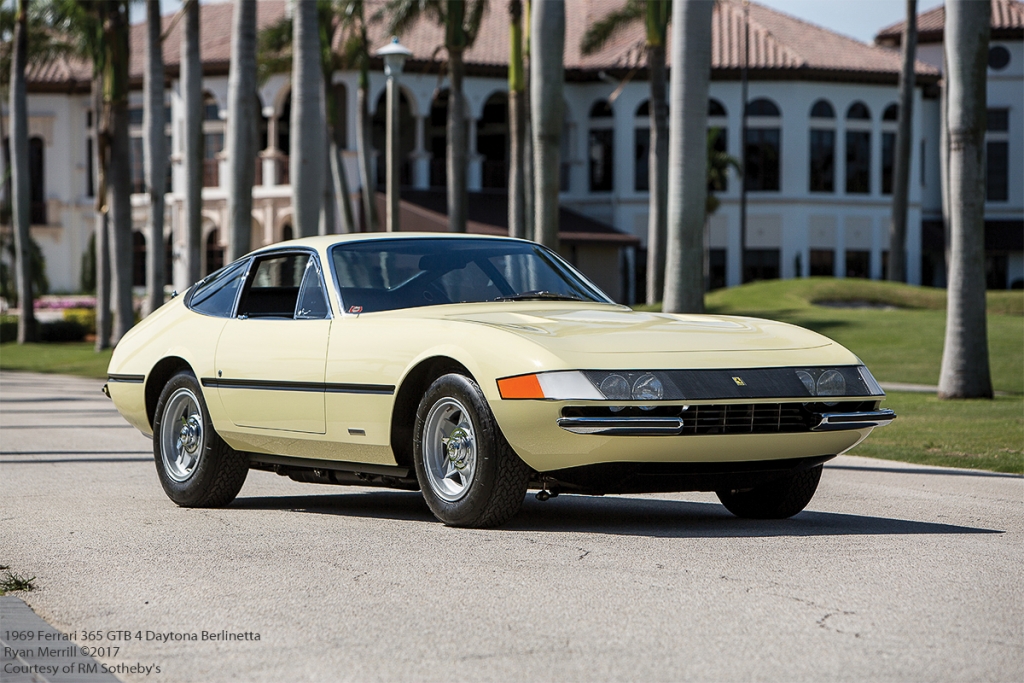 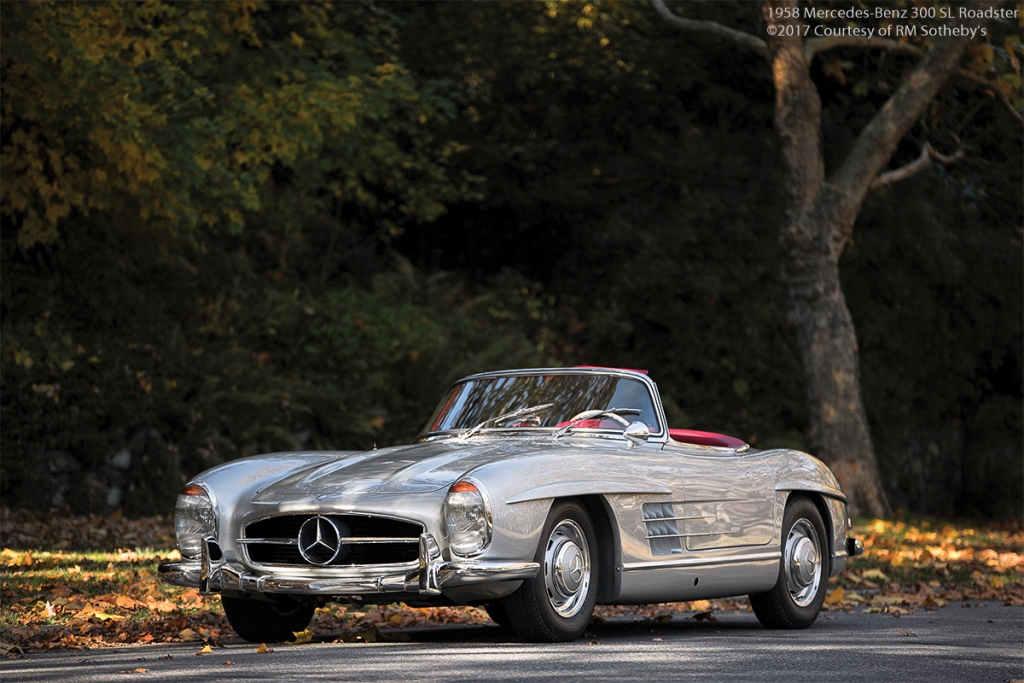 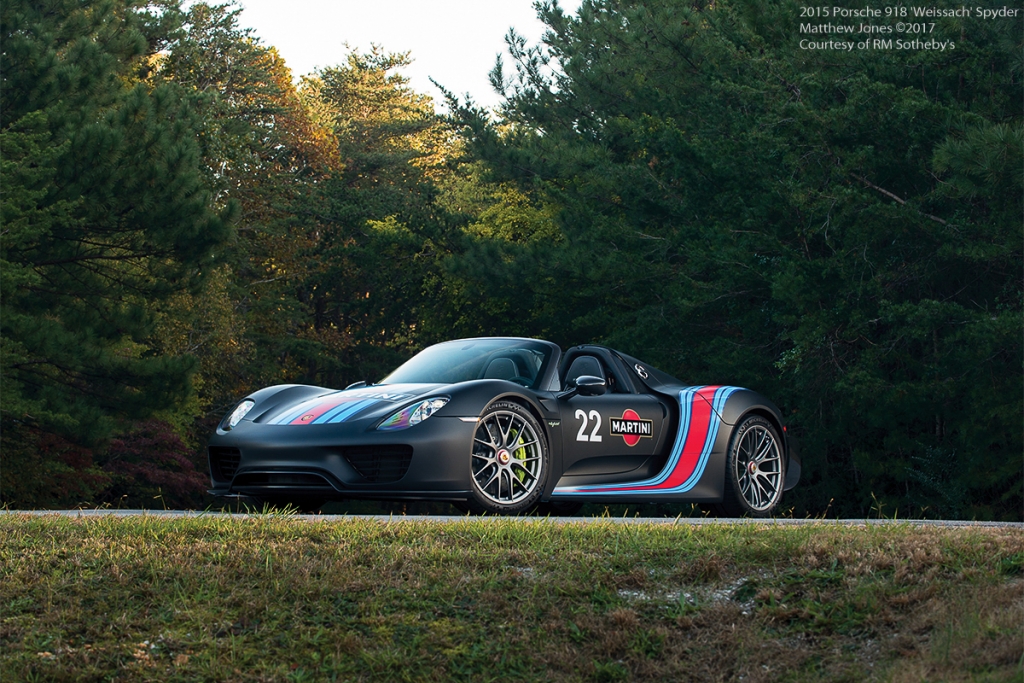 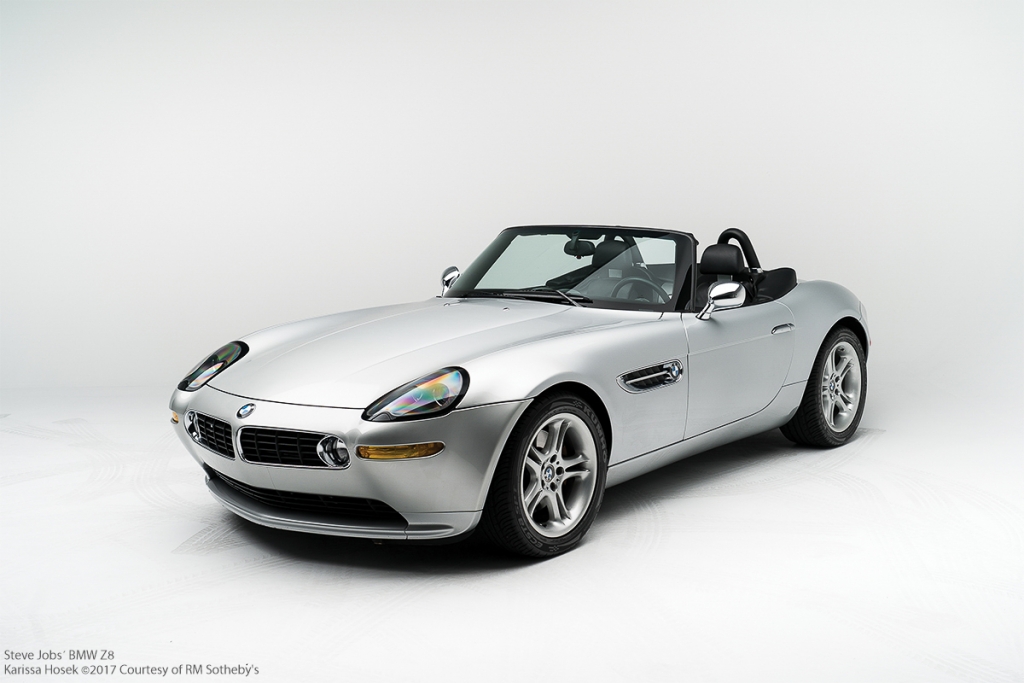 Celebrating the cutting edge of automotive design, ICONS presents an expertly curated roster of 31 iconic automobiles from the world’s most admired marques, from the Classic Era through today’s most advanced hypercars. Coupled with a selection of automotive collectibles and art, the auction is highlighted by: 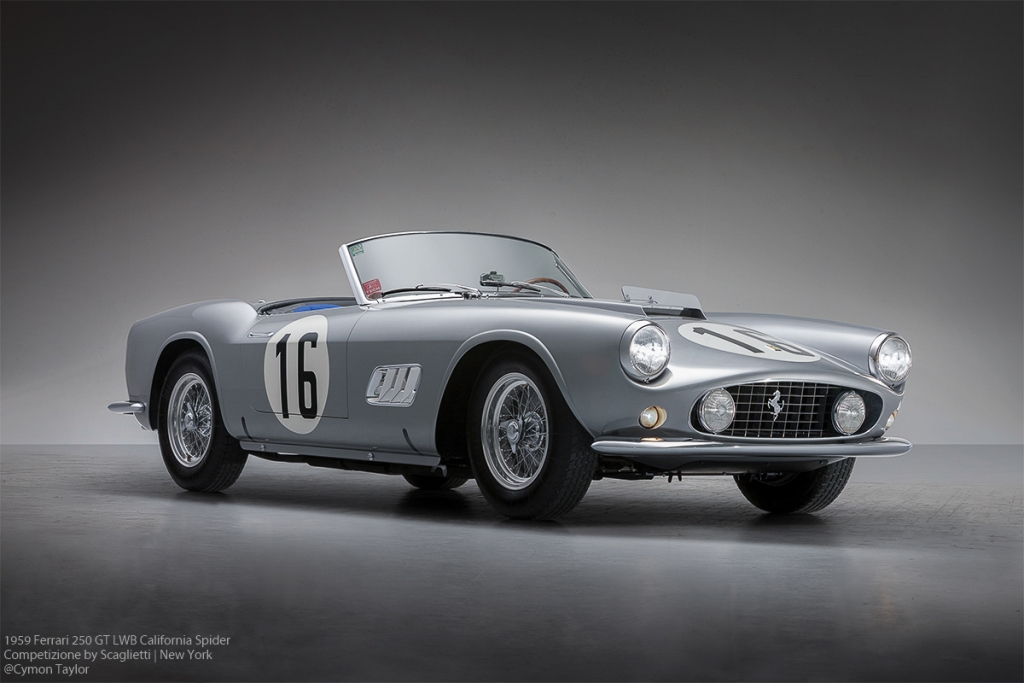 RM Sotheby’s ICONS sale is part of a weeklong celebration of auctions and events, entitled A Life of Luxury, surrounding the newly established Sotheby’s Luxury Division. Opening on 30 November, the inaugural A Life of Luxury week is one of the most unique auction events of its kind, offering clients and enthusiasts an unparalleled experience at the heart of the auction world and presenting the very best in jewelry, watches, wine, fashion, and of course—cars. All exhibitions will open to the public in Sotheby’s York Avenue galleries this Thursday, 30 November, with a series of eight auctions beginning on 2 December offering nearly 2,000 lots. 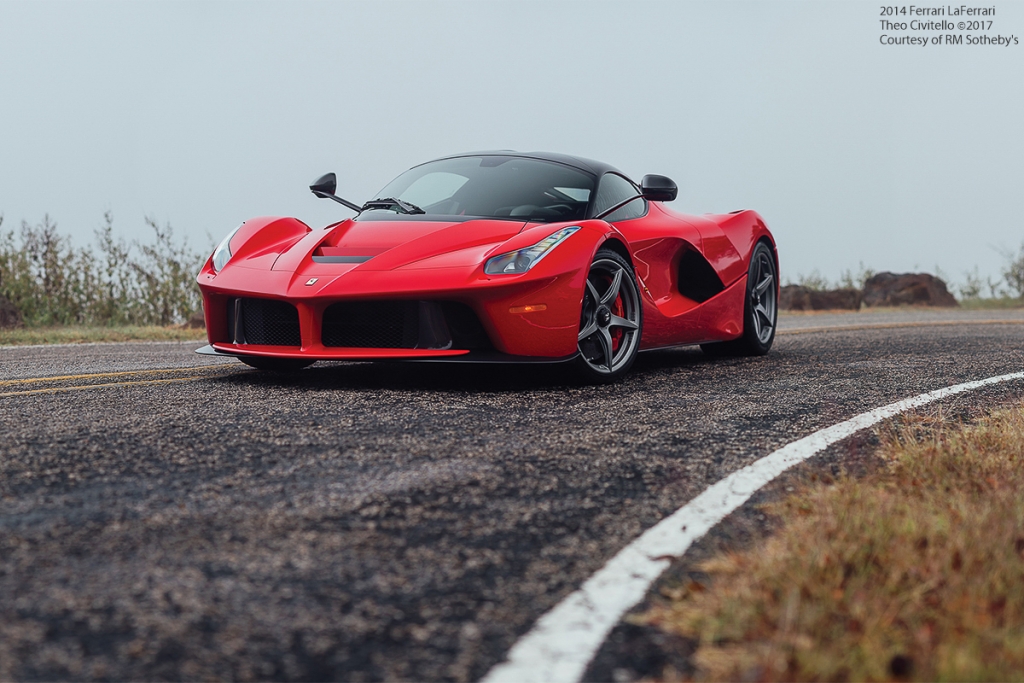 RM Sotheby’s is also looking ahead to 2018 in New York, displaying several featured cars for the company’s first event of the year – Arizona (18-19 January). The first of these featured cars is set to lead not only RM Sotheby’s auction in Phoenix, but the entire Arizona car week – a 1954 Jaguar D-Type raced by the factory team at Le Mans, chassis no. XKD 403 (registration mark OKV 2).

The third of just six Works D-Types to come out of Jaguar’s Coventry factory in 1954, OKV 2 was Jaguar’s designated lead team car for Le Mans in 1954, piloted by none other than Sir Stirling Moss and Peter Walker. The car led the race and set a new speed record of 172.97 mph on the Mulsanne straight before retiring with brake problems just after midnight. Throughout 1954 OKV 2 went on to contest Reims, also at the hands of Moss/Walker, and the Dundrod Tourist Trophy with drivers Peter Whitehead and Ken Wharton – where it secured Fifth overall. By late November 1954, the car had been fitted with a 3.4-Litre engine, and was used for testing by legendary chief factory test driver Norman Dewis.

In 1955, the D-Type was sold to Jack Broadhead to be raced by Bob Berry – the privateer team was referred to as “Ecurie Broadhead”. Following a documented factory rebuild in 1956 after the car was damaged at Goodwood, Broadhead continued to campaign the car at numerous events throughout the 1950s, including at Goodwood, Oulton Park, Aintree, Silverstone and more, at the hands of some of the most capable drivers of the period; Bob Berry, Peter Blond, Ron Flockhart, Jack Fairman, Ivor Bueb, and Reg Harris. All told, OKV 2 was one of the most actively raced D-Types of the 1950s, driven at one point or another by some of the most hallowed names in racing, which also include Hawthorn, Sanderson, Stewart, Titterington, Hamilton, and Beauman. It is this D-Type that cemented the foundation of Jaguar’s immense success at Le Mans in the ensuing years. XKD 403 was the team’s workhorse as well as their testbed for continuous technological development. The D-Type pushed not only Jaguar, but also their competitors, to the very limit of racing—it is the veritable cornerstone of Jaguar’s racing history.

Following nearly two decades in storage, OKV 2 landed with Lynx in the early 1980s, who restored the car, retaining all of its metal panels. While in the U.K., the D-Type was taken on the Jaguar factory cavalcades to Le Mans in both 1996 and 1997, before it was sold to its first American owner in 1999. The car has since participated in numerous vintage events, including the Goodwood Revival, Colorado Grand, California Mille, Copperstate 1000, Monterey Historics, and numerous Jaguar Club of North America events.

OKV 2 has been in its current ownership since 2009 and is offered for public sale for the very first time at RM Sotheby’s Arizona sale. Presented with an exhaustively documented and continuous history from the moment it left the factory, OKV 2 remains one of the most raced and most original D-Types in existence, retaining its factory tub, chassis, drivetrain, and suspension. The Jaguar is expected to bring in excess of $12,000,000 when it crosses the podium in January.

The D-Type will be on public viewing alongside the previously announced 1955 Alfa Romeo 1900C SS Speciale by Boano, offered in Arizona as part of the A Century of Sports Cars Collection (Est. $1,250,000 – $1,750,000), throughout the Life of Luxury week exhibition at Sotheby’s from 30 November – 6 December.

RM Sotheby’s is also delighted to announce a 1952 Ferrari 212 Inter Coupe with a special one-off body by Ghia, chassis no. 0191 EL for the Arizona sale. The 212 Inter was displayed at both the 1952 Turin and Paris Motor Shows before it was sold to its first owner, founder of Editoriale Domus SrL, Gianni Mazzocchi Bastoni of Milan. The car was sold the following year to then President of Argentina, Juan Domingo Perón, who retained ownership for two decades. After passing through a string of South American, American, and European proprietors, the Pebble Beach and Cavallino Platinum award-winning Ferrari is now offered out of nearly two decades of ownership by an esteemed American collector, wearing a beautifully preserved restoration in its original yellow and black color combination (Est. $1,600,000 – $2,000,000). 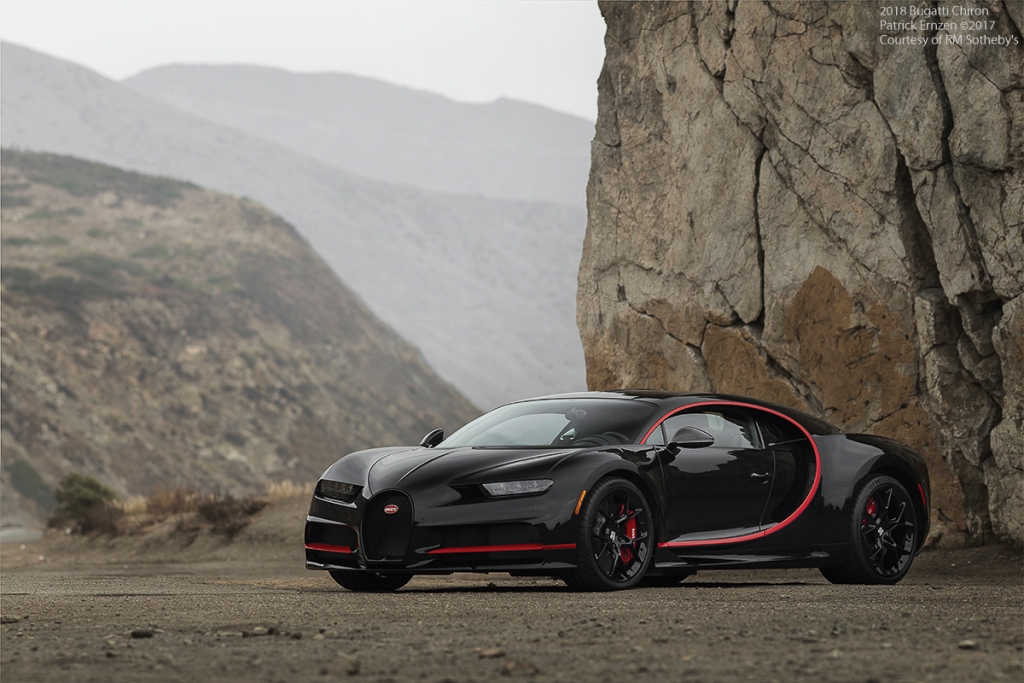 The ICONS digital catalogue as well as event details for both the ICONS (New York) and Arizona sales is available at www.rmsothebys.com.