Among the spectacular diamonds to be offered on 15 November are:

“The Donnersmarck Diamonds”, two Fancy Intense Yellow diamonds with impeccable noble provenance, having been in the collection of the Princely Family Von Donnersmarck for over a century. The auction will also include a wide selection of signed jewels combining style and substance by Cartier, Bulgari, Van Cleef & Arpels and Boucheron.

“Extraordinary diamonds, including three each weighing over 100 carats, and fabulous jewels of noble provenance are the highlights of this remarkable autumn sale in Geneva.” 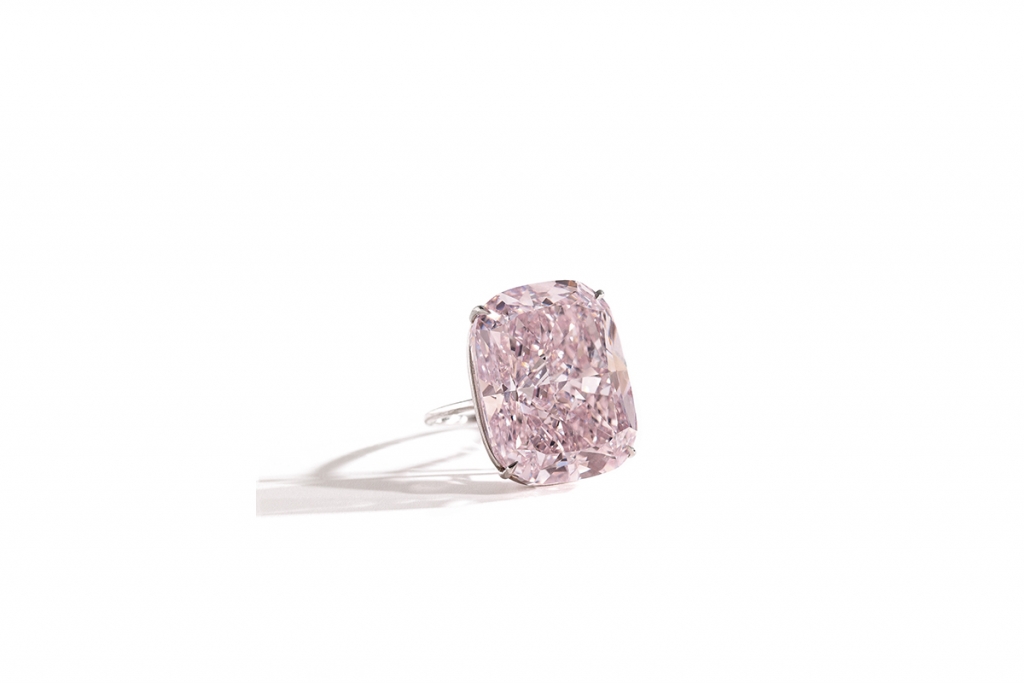 Sotheby’s is delighted to present The Raj Pink, the world’s largest known Fancy Intense Pink diamond, weighing 37.30 carats. The Raj Pink was named by the current owner of the precious stone, who wishes to remain anonymous. It is based on the Sanskrit word for ‘king’. The Gemological Institute of America (GIA), which certified the diamond,commented, (Estimate US$ 20 – 30 million / CHF 19.6 – 29.4 million)

“The brilliance, hue and size of this precious gem are truly exceptional.” 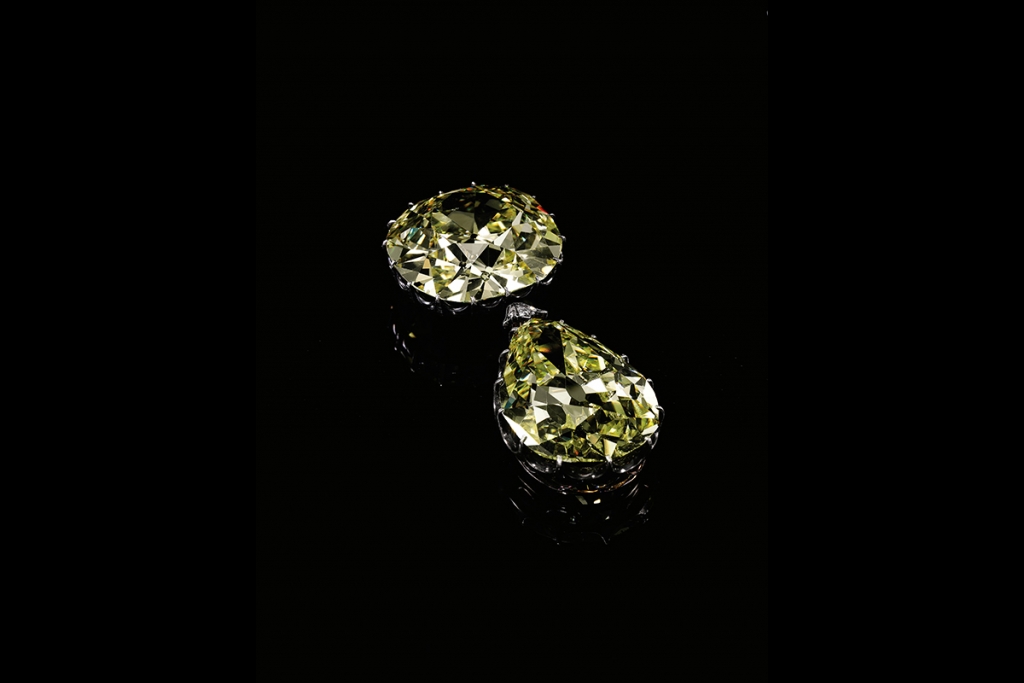 The Donnersmarck Diamonds were part of the collection of La Païva, Countess Henckel von Donnersmarck (1819 – 1884), arguably the most famous of 19th – century French courtesans, whose vertiginous trajectory from modest circumstances in her native Russia to the highest circles of European aristocracy was sensational.

In 1855, she purchased a building plot on the Champs Elysées. L’Hôtel de La Païva was to be one of the most lavish mansions ever built on the famous avenue, and became renowned for its fabulous social and intellectual gatherings. Also in the 1850s, La Païva met one of Europe’s richest men, the handsome and charismatic 22 – year – old Prussian industrialist and mining magnate Count Guido Henckel von Donnersmarck (1830 – 1916). 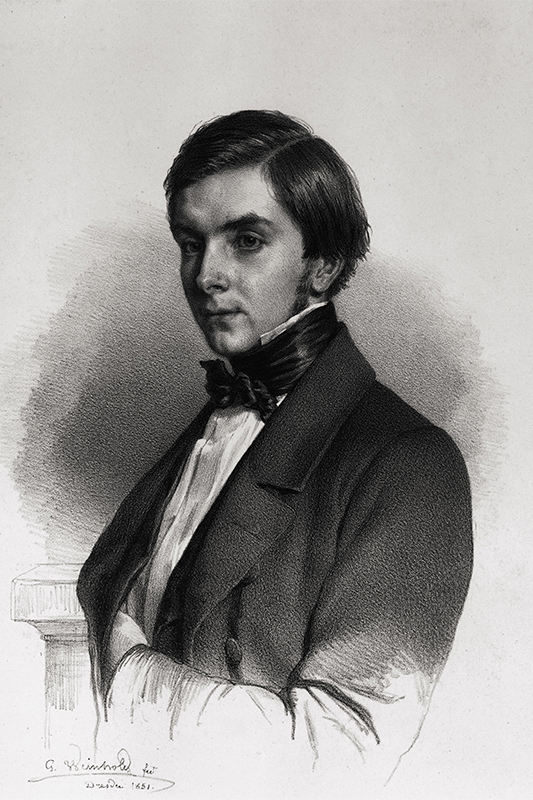 He was immediately captivated by La Païva’s seductive charms, extraordinary mind and business acumen. Their relationship was the talk of Paris high society and in 1871, the two were married. Following La Païva’s death in 1884, the Count, who was created prince in 1901, remarried, taking as his second wife Katharina Wassilievna de Slepzoff (1862 -1929) a beautiful and refined Russian aristocrat. The diamonds remained in the Donnersmarck family for more than a century until they appeared at auction at Sotheby’s in 2007. They come to auction this November after having been in a private collection for the last 10 years (Estimate US$ 9 – 14 million / CHF 18.8 – 13.7 million). 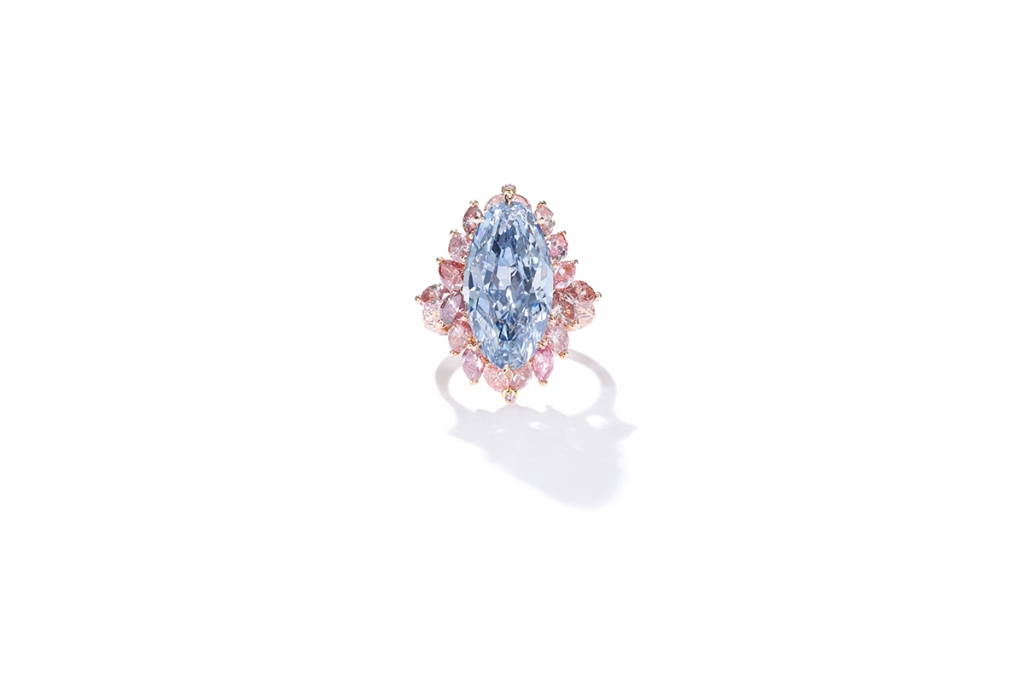 This superb and exceptional Fancy Vivid Blue diamond weighs 7.41 carats and has been certified by the (GIA) to be Internally Flawless. The oval – modified blue diamond has been mounted as a ring by Moussaieff, its delicate hue beautifully offset by a frame of pink – tinted diamonds (Estimate US$ 14 – 18 million / CHF 13.7 -17.6 million). 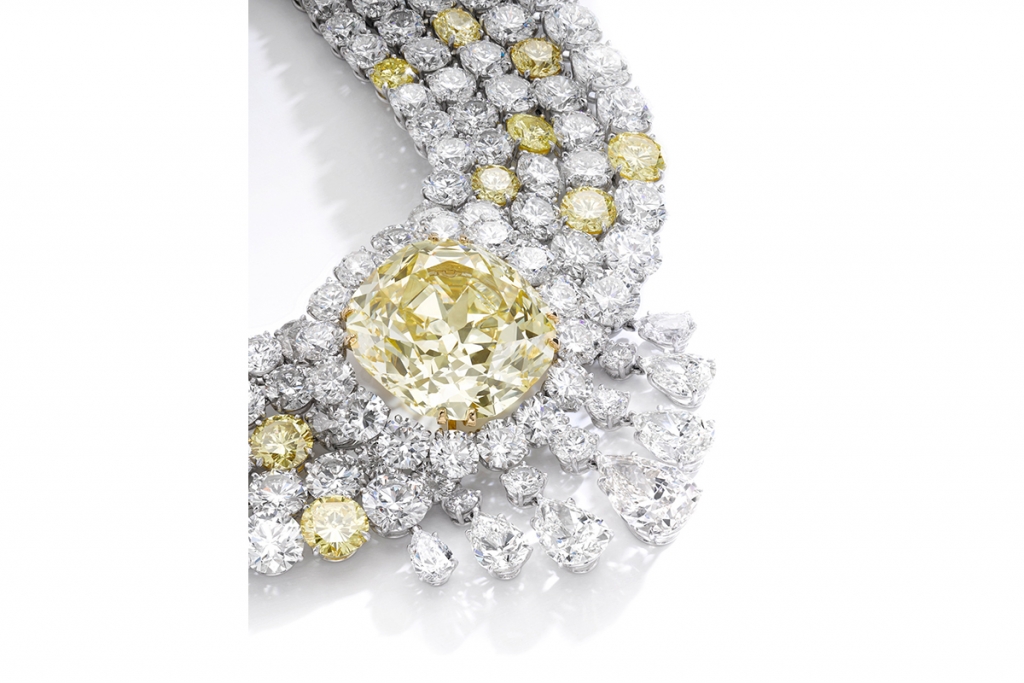 Coloured diamonds of gem – quality weighing over 100 carats are exceedingly rare, and as such the 102.50 – carat Fancy Intense Yellow diamond at the centre of this r avishing necklace is a treasure of nature.Furthermore, a ccording to the GIA, with minor repolishing it may be Internally F lawless (Estimate US$ 3.5 – 5.5 million / CHF 3.4 – 5.4 million).

In addition to the Donnersmarck Diamonds, this exquisite Fancy Light Pink diamond will also be among the stars of the Noble Jewels section of the sale on 15November. Treasured by the same European noble family for over 45 years, it was mounted as a ring by the ‘king of diamonds’, Harry Winston. Weighing a remarkable 33.63 carats – extraordinarily rare for a pink diamond of this exceptional quality – the diamond is of Type IIa, an indication of superlative transparency and chemical purity (Estimate US$ 8 – 14 million / CHF 7.9 – 13.7 million). 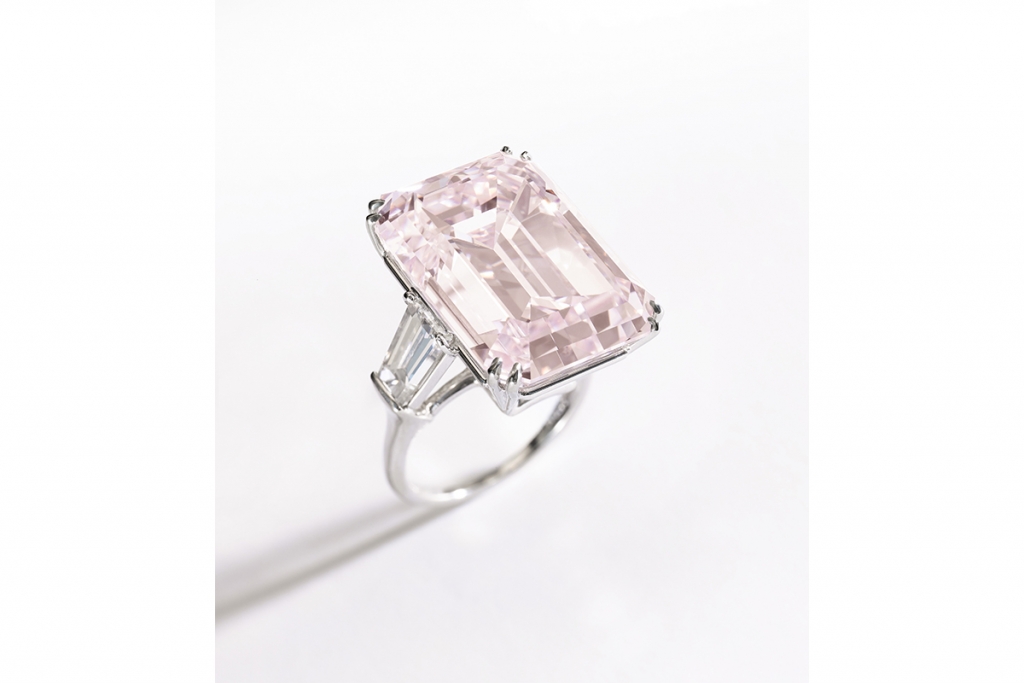