Opera On The Lake

Bregenz, Austria, One of the best-loved Operas around the world opens the 72nd season of Bregenz Festival on July 19th 2017:Georges Bizet´s Carmen.

The Opera will play for a total of 28 evenings on the Bregenz LakeStage.

When Bregenz Festival last presented Carmen at the Lake Stage, it set a new visitor record for the years 1991 and 1992. Now 25 years later the opera about passionate love and spectacular bullfighting returns to the Bregenz Stage in a new production by the Danish director Kasper Holten, who has attracted great attention for his productions at major theaters around the world and who is currently Director of Opera at the renowned Royal Opera House, Covent Garten, London.

The spectacular Stage for Carmen has been designed by Es Devlin, while Paolo Carignani, music director of the Lake Stage production of Turandot (Giacomo Puccini), will again conduct the Vienna Symphony Orchestra. 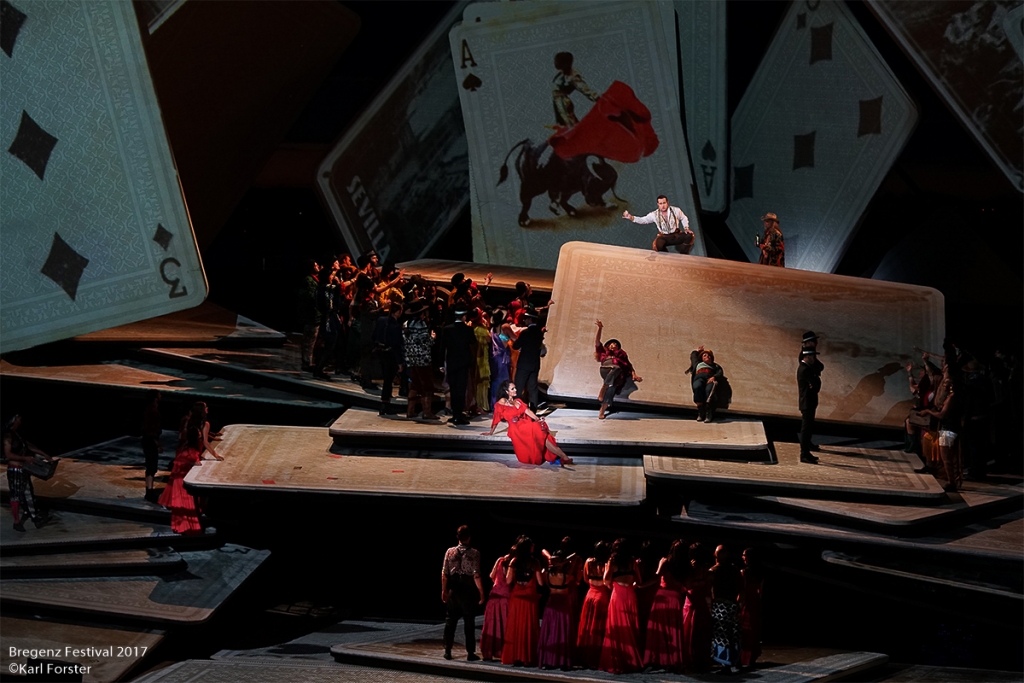 She‘s desired by all and is an object of fascination for the soldiers on guard duty as they smoke and play cards: Carmen. The soldier Don José is ordered to detain her after a fight but she twists him around her finger. He is arrested for his weakness but is soon released. He sees the flower she threw at him as a token of her love and dreams of spending his life with her, even at the cost of losing his rank and status. He hides out with her band of smugglers, ignores Micaëla‘s words of warning, and even imagines he‘s more than a match for Escamillo, the swaggering bullfighter. The latter, however, has long since captured Carmen‘s heart, making Don José mad with jealousy…

Georges Bizet‘s captivating music with its Spanish sounds took the world by storm: Carmen‘s Habanera and Seguidilla, like Escamillo‘s Toreador‘s Song, are known to one and all. The French composer‘s most successful opera will be staged at Bregenz with a set designed by British artist Es Devlin. She has designed sets for pop stars like Ad le, U2, Take That, the PetShop Boys and Kanye West. In collaboration with the stage director Kasper Holten, Director of Opera at the Royal Opera House in London, she has also worked at opera houses in Helsinki and Copenhagen, at the Theater an der Wien and the Royal Opera House Covent Garden.

For the Danish stage director, this „opera about destiny and obsession“ centres on „two people who are treated as outsiders, whose paths cross and who cling to each other in a passionate but unhealthy relationship“. 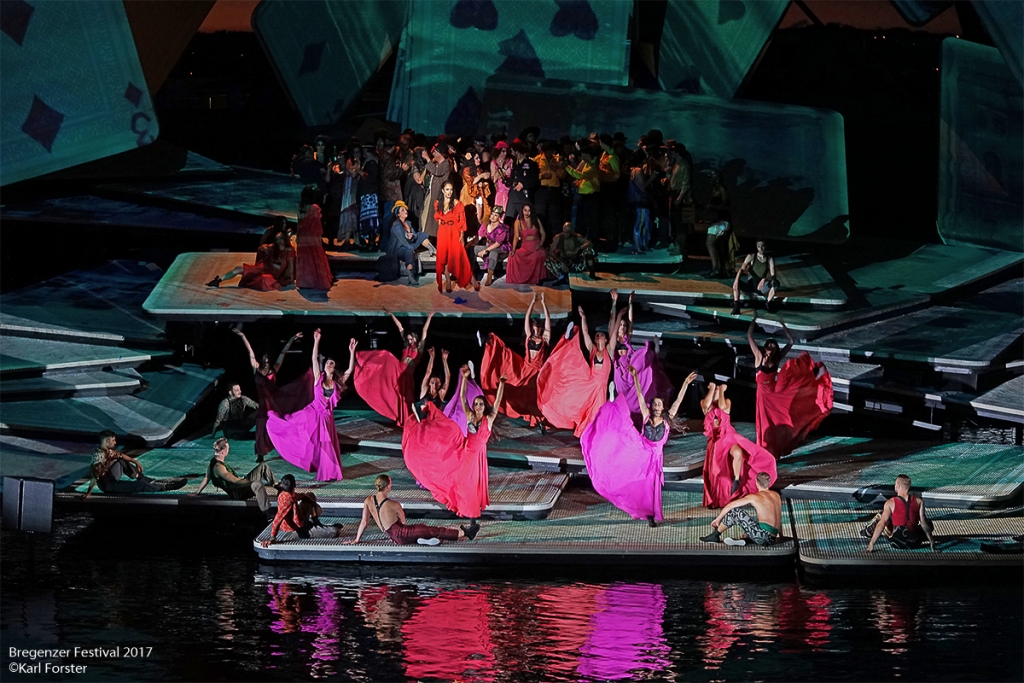