London/Munich. Enhancing the long-term partnership between BMW and Frieze, BMW Open Work will launch at Frieze London 2017 with a new multi-platform commission by New York-based artist Olivia Erlanger. Entitled “Body Electric”, Erlanger’s immersive work will unfold across physical spaces at the fair, as well as digital platforms. Frieze London will take place in The Regent’s Park from 5 to 8 October, with a Preview Day on 4 October. 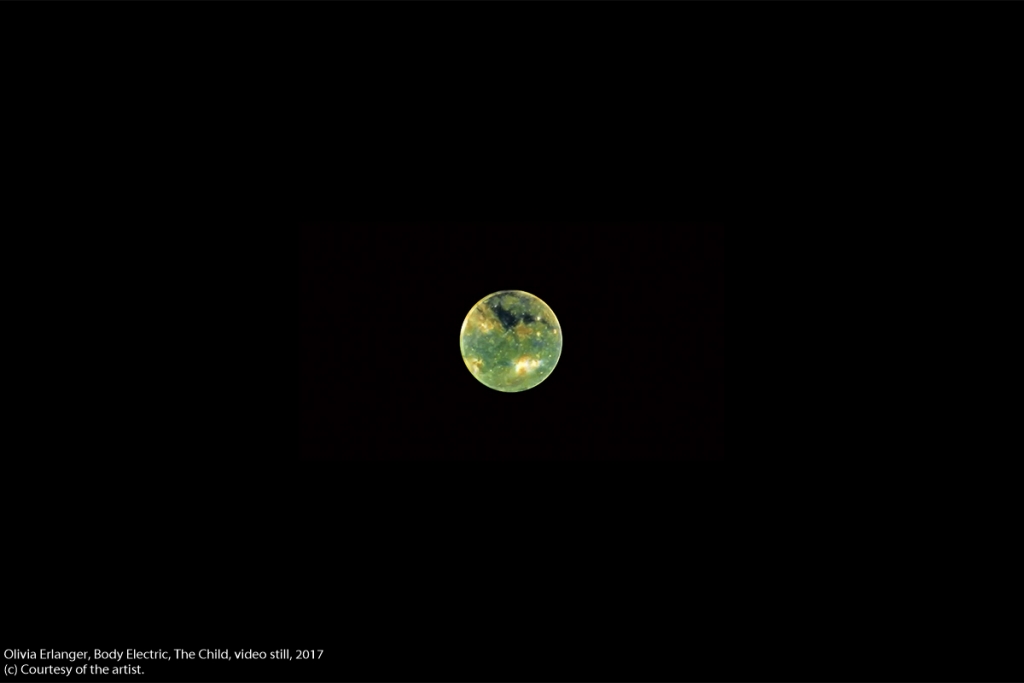 “Body Electric” conjures fictional tales inspired by science-fiction, economic flows and integrated design. Bringing together digital and sculptural elements, the artwork will be triggered by viewers moving between spaces and devices.

Part of Erlanger’s immersive installation will occupy the BMW Lounge at Frieze London. Three motion-sensitive benches – the oldest industrial element placed in public contexts – will act as an audio device, inviting audiences to sit and listen to real and fictional testimonies about an ecological event. A thick mist of fog and blue light will create an immersive atmosphere of limited visibility, constantly changing in response to oil price variations.

The second part of “Body Electric” will be experienced in the BMW Courtesy Car Service, where a selection of videos will visually extend the fictional testimonies. In addition, a new website body-openwork-electric.art will be the project’s final landing platform.

Drawing inspiration from current and future technologies, “Body Electric” speculates on the changing relationship between humans and their environment, as an increasingly unpredictable natural world mediates and distorts our bodily experience.

“As humans begin a mutative synthesis with our machines, ‘Body Electric’ considers the changing relationship that we have to the environment, as our embodied experience of the ‘natural’ becomes increasingly mediated and distorted by objects of our own design“, Erlanger said of her creative approach. 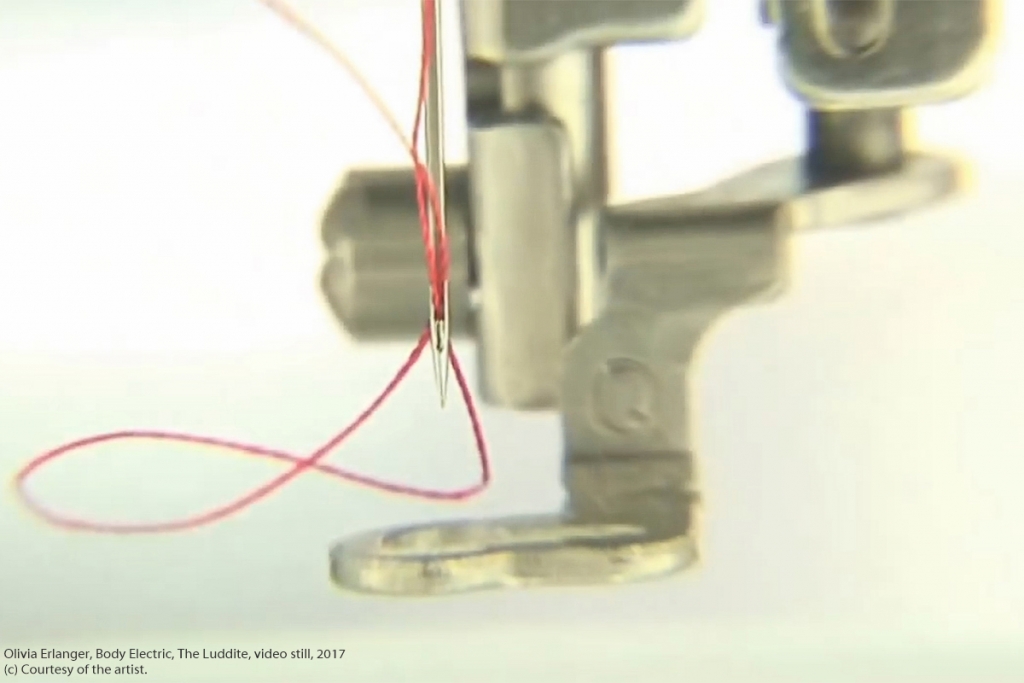 Curated by Attilia Fattori Franchini, BMW Open Work annually invites an artist to develop a visionary project that creates an immersive experience for the viewer. Drawing inspiration from BMW design, engineering and technology, the commissioned artists will consider current and future technologies as tools for innovation and artistic experimentation. Premiering annually at Frieze London, each artwork will have the potential to unfold across physical spaces, such as the fair’s BMW Lounge and Courtesy Car Service, as well as digital platforms.

The initiative’s title “Open Work” is inspired by Umberto Eco’s literary essay “Opera Aperta” (1962) which proposes the idea that artworks are constituted in part by the public or by chance, and are therefore open to a wide range of interpretations.

Attilia Fattori Franchini said: “BMW Open Work offers artists the opportunity to engage with audiences in new and unexpected ways. The possibility of launching BMW Open Work with such a talented artist as Olivia Erlanger, whose project will observe the effect of technology on humans and nature, is absolutely thrilling.”

“This is a great development of our partnership with BMW, and of BMW’s long-standing commitment to and engagement with contemporary art. I am very happy we are able to launch this new initiative together that offers a unique opportunity to an artist and I look forward to seeing Olivia Erlanger’s project at Frieze London in October”, said Victoria Siddall, Director, Frieze Fairs.

Dr Nicolas Peter, Member of the Board of Management of BMW AG, said: “Offering BMW’s technological knowledge and future-oriented topics as tools for an artist to create a visionary piece of art out of it is a fascinating idea. As with all our initiatives within BMW Group’s cultural engagement, artistic freedom is essential to enable groundbreaking works, which is why we are extremely happy to have Attilia Fattori Franchini on board. We are excited to see how her overall vision will shape this project.” 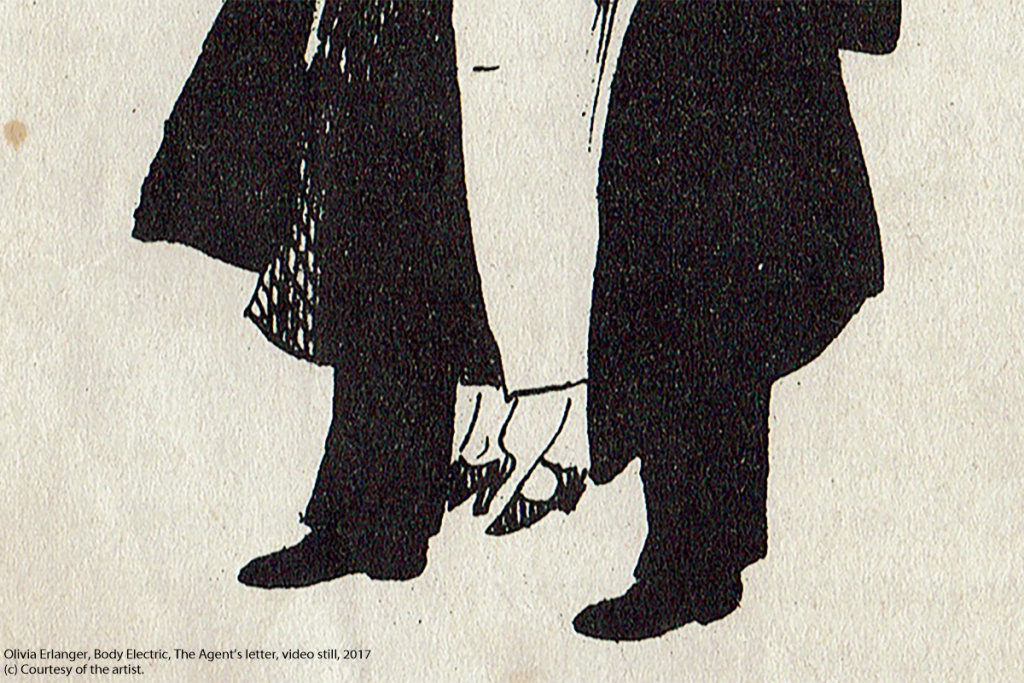 BMW has been partnering with Frieze since 2004. In 2012, they co-initiated the “Frieze Sounds” program. BMW Open Work builds upon this long-term collaboration.

Frieze is the world’s leading platform for modern and contemporary art for scholars, connoisseurs, collectors and the general public alike. Frieze comprises three magazines—frieze magazine, Frieze Masters Magazine and Frieze Week—and three international art fairs—Frieze London, Frieze Masters and Frieze New York. Additionally, Frieze organizes a program of special courses and lectures in London through Frieze Academy.Frieze was founded in 1991 by Matthew Slotover and Amanda Sharp, with the launch of frieze, the leading international magazine of contemporary art and culture. In 2003, Sharp and Slotover launched Frieze London art fair, which takes place each October in The Regent’s Park, London. In 2012, they launched Frieze New York, which occurs each May in New York’s Randall’s Island Park, and Frieze Masters, which coincides with Frieze London in October and is dedicated to art from ancient to modern. Frieze fairs are sponsored by global lead partner Deutsche Bank.

Attilia Fattori Franchini is an independent curator and writer based in London. She is co-founder of the not for profit online platforms bubblebyte.org and Opening Times. Attilia is currently working on Curva Blu, a residency project in Favignana, Sicily, and is co-curator of ARS17+ the online extension of the exhibition ARS17 currently at Kiasma, Museum of Contemporary Art, Helsinki.

Olivia Erlanger (b.1990, New York, NY) is a sculptor based in New York City. Recent projects include, ‘a. or fifty thousand’ at 83 Pitt St. New York, ‘Dripping Tap’ at Mathew, New York and The Oily Actor at What Pipeline, Illinois. Recent group shows include ‘Wormwood’ at Ellis King, Dublin, ‘Eric Schmid is an Idiot’, Cave, Illininois, ‘Other People’s Things’, Brown University, RI, Daydream from 2013, CANADA, NY. Erlanger was recently a fellow at IdeasCity 2017 in Arles, France and a visiting artist at Brown University in 2016. She co-authored Hate Suburbia with Luis Ortega Govela, the forthcoming second edition is with MIT Press due out in Fall 2018. Forthcoming essay, ‘Born Goth’ co-authored with Ortega Govela is included in Harvard Design Magazine’s Summer 2017 issue and the two are currently directing a documentary. Further information at oliviaerlanger.com

For almost 50 years now, the BMW Group has initiated and engaged in over 100 cultural cooperations worldwide. The company places the main focus of its long-term commitment on contemporary and modern art, classical music and jazz as well as architecture and design. In 1972, three large-scale paintings were created by the artist Gerhard Richter specifically for the foyer of the BMW Group’s Munich headquarters. Since then, artists such as Andy Warhol, Jeff Koons, Daniel Barenboim, Jonas Kaufmann and architect Zaha Hadid have co-operated with BMW. In 2016 and 2017, female artist Cao Fei from China and American John Baldessari created the next two vehicles for the BMW Art Car Collection. Besides co-initiatives, such as BMW Tate Live, the BMW Art Journey and the “Opera for All” concerts in Berlin, Munich and London, the company also partners with leading museums and art fairs as well as orchestras and opera houses around the world. The BMW Group takes absolute creative freedom in all its cultural activities – as this initiative is as essential for producing groundbreaking artistic work as it is for major innovations in a successful business.