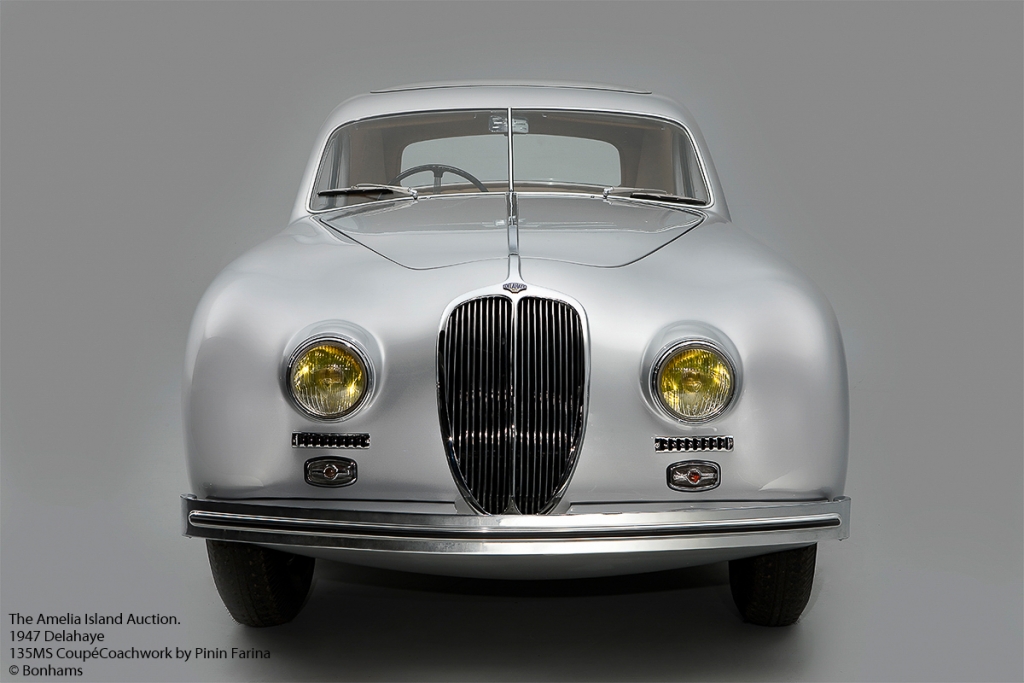 After the liberation of Paris in 1944, Delahaye initially concentrated on building trucks, while a mildly updated Type 135 went back into production in 1946, elegantly restyled with a distinctive radiator grille and hood by young freelance designer Philippe Charbonneaux. It retained the simple but effective independent front suspension layout and ‚Bloctube‘ welded box-section chassis. Steering was, as on any high-quality French chassis worth its salt, on the right. Self-adjusting cable brakes were reliable, if a little old-fashioned in an age when most cars had hydraulic braking.

The postwar handbook neatly described the revised 135 as ‚a superlative machine built with great care and precision based on the fruits of long experience. It is designed to give its owner many thousands of miles of fast, trouble-free motoring under any conditions of road and weather. It neither needs nor asks for more than a minimum of attention and maintenance, but that minimum it must have in order to give its unique response to its driver’s most exacting demands.‘

Two models were available, the Type 135M, with a single Solex carburetor, and the 125 bhp triple carburetor 135 MS (‚Modifiée Spéciale), with a top speed of around 100 mph. Both models could be fitted with the Cotal transmission as an option (though few customers chose the standard four-speed mechanical box), but only the MS had Rudge center lock wheels as standard. Total production of both types was 1155 between 1946 and 1952.

Reviewing the 135 range in 1949, the magazine l’Action Automobile eulogized: ‚This is the competition car, ideal for great performance, sought after by specialists in high average speeds. It is the car of high output, which has proved itself on all the roads of the continent and whose marque has for many years been dedicated to emphasizing this in the light of the results it has achieved in sporting competitions.‘ 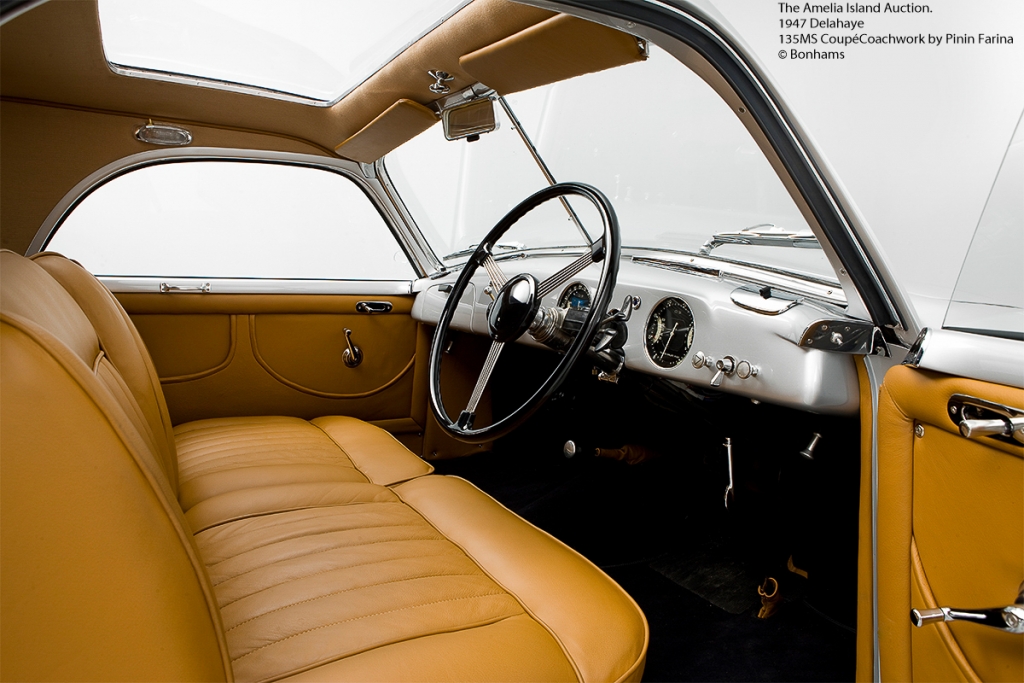 Since 1930 the name of Pinin Farina has been synonymous with the finest Italian automotive design. It was in that year, that Battista Farina, the tenth of eleven children, made the break from the Stablimenti Farina business which he and his brothers had established twenty years earlier. Throughout those two decades it was he who was acknowledged for his individual flair for design and it was considered only a matter of time before his family would have to allow this distinction. The new company took the nickname by which he was known ‚Pinin‘, meaning ‚the youngest‘ or ‚baby‘ in the Piedmont dialect of their origins, to be titled Carrozzeria Pinin Farina. 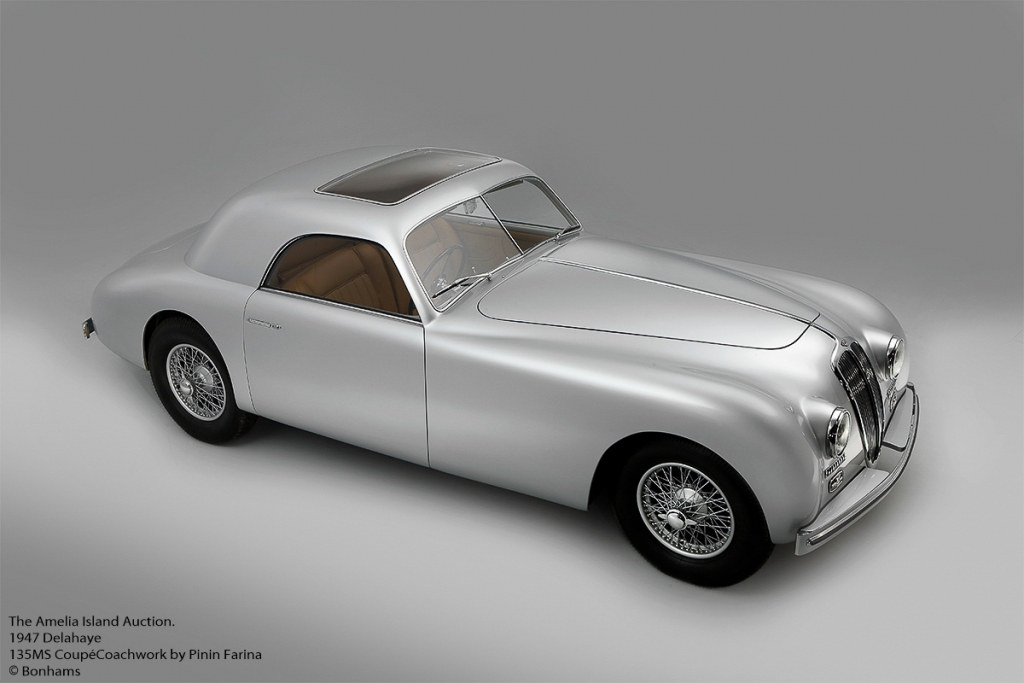 Thanks to Battista at its helm the business was innovative in its design and forward thinking in how their industry would evolve. Initially they were concerned with both the styling and its execution, literally creating bodies for cars in most respects, but with a clear line of separation between car manufacturer and coachbuilder. Before the war Pinin design was more focused on open touring cars, but heralding the future for the house, coupes would become their forte straight after the war.

As aerodynamics played a greater part in the design of the automobile, Farina logically connected the two, and recognized that the creator of the external shape of a car must have some influence on the underpinnings if his work was to be uncompromised. The Cisitalia 202 Coupe was one of the first projects to prioritize this. Its success is undoubtable and stands as one of the true automotive icons, so much so that an example lives in the Museum of Modern Art in New York. Farina would also cleverly see that their role would ultimately be in design more than construction, and it can be argued that this vision, together with their legendary artwork is what has perpetuated their brand to the modern day, flourishing where so many were unable to survive. Of course, this can be attributed in no small part to their enduring relationship with Ferrari, but their work on Alfa Romeo, Lancia, Maserati and even Nash-Healey is further evidence of their influence on automobile design. 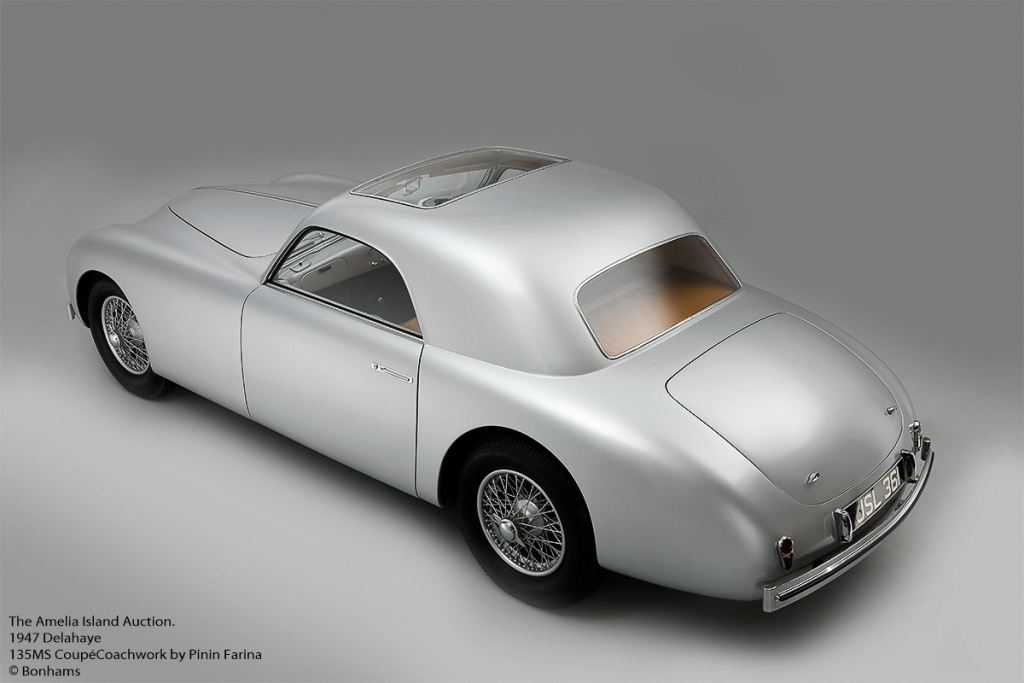 In 1961, Farina officially absorbed his nickname, to become Battista Pininfarina, and the Company therefore Carrozzeria Pininfarina, the name by which the company is known to this day.

This unique car dates from the transitional 1940s/50s period for ‚Pinin‘ Farina, and demonstrates the strengths of abandoning the constraints of the stock design components of the manufacturer. Where other coachbuilders elected to build a front aspect that incorporated Delahaye’s own grille, not so Farina, who took the influence, but rolled it into the body to maintain its sleek and vertically aerodynamic front. In this way it is incredibly advanced, and while the nose may be reminiscent of Jaguar’s sedans, it should be noted that it predates them by more than 5 years. 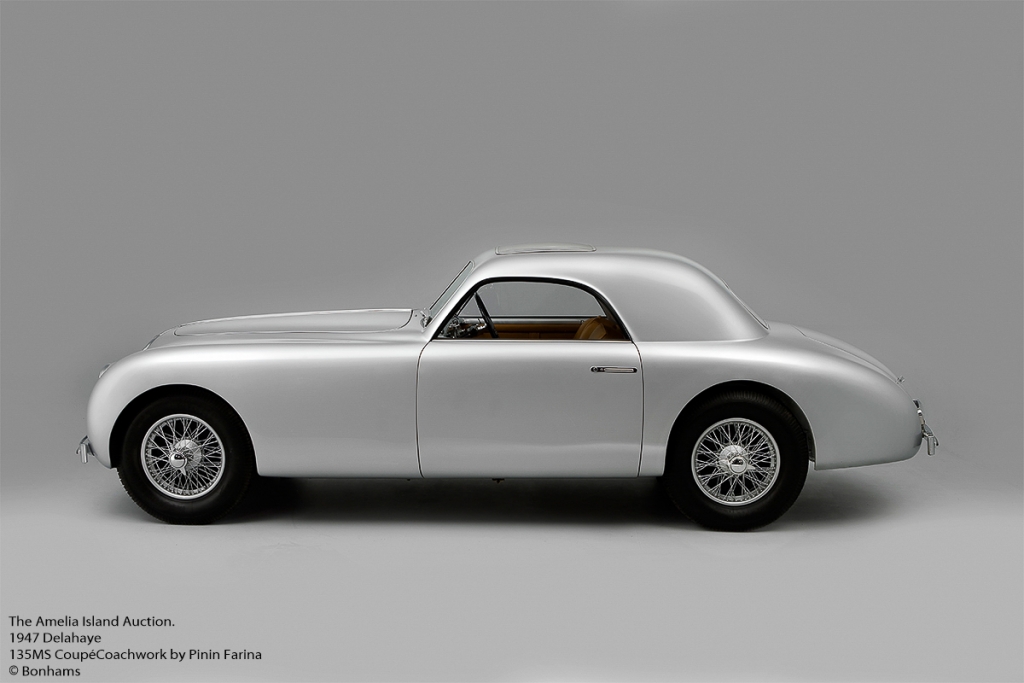 According to information supplied by the seller, the car is listed in the Catalogue Raisonné for Pinin Farina with number 458 bis, an attribution which nods to the counterpart 458, an Alfa Romeo Convertible completed at the same time, and also to body 456 which adorned a Maserati A6 1500.

Showing its nationality, Marchal headlights adorn those fenders with bullseye indicators below them, its hood is a single piece which hinges from the passenger side. Like many of the best things, its simplicity is the key to its success, outside its lines are uncomplicated and modern, and those are matched in the cabin. The dashboard is a narrow panel, color coded to the bodywork and with two small O.S. instrument clusters either side of the steering wheel. The compartment is well lit as its sunroof is transparent.

The car is understood to have been sold new to a Belgian customer, a contemporary image of which is depicted in the Michael Frostick book ‚Pinin Farina – Master Coachbuilder‘, despite a slightly confusing caption, it is clearly this one-off example and wears Belgian licence plates. It would later pass into Swiss ownership where it underwent a slow, lengthy restoration which would ultimately be abandoned by its then owner. Recognizing its importance and potential, the incomplete work was picked up by the former custodian and finished. From them it moved into the major collection from which it is offered today. In this ownership a more thorough restoration was undertaken, by Kfz-Ryschka in Germany, with the bodywork stripped back to bare metal and refinished in the present silver-grey livery which is consistent with how it was originally delivered. At the same time, the car was reupholstered in tan leather and with black carpets, which contrast and complement the interior well.

Testament to its importance and condition, the car was invited to be displayed at the world-renowned Pebble Beach Concours d’Elegance in 2016. There it completed the Pebble Beach tour and was displayed on the hallowed 18th fairway alongside others its marque. Offering the potential of future Concours display or car tour, this unique Delahaye is deserving of the closest attention.

The Amelia Island Auction
by Bonhams