FG Art & Lifestyle
When in early 1937 Pablo Picasso was asked to produce a painting for the Spanish Pavilion, he told the Republic’s delegates that he was not sure he could do the kind of picture they wanted. The world of his art had been till then essentially intimate and personal, bound by the walls and windows of a room; he had almost never spoken to the public realm, still less to political events; since 1925 his art had often steered close, claustrophobically, to nightmare or monstrosity. Yet the painting he eventually did for the Republic spoke grandly to the new realities of war. And the scene of suffering and disorientation he showed us has lived on, as an emblem of the modern condition, for eight decades. Guernica has become our culture’s tragic scene.

As part of this exhibition, a selection of results are presented, and serve as a historical counterpoint, from the research project Fondo Documental Guernica (Guernica Documentary Collection), spanning the period from 1937 to 1949. The project, which got under way in the Autumn of 2015, aims to bring together and study the largest possible number of documents and references — correspondence, installation photographs, graphic documents, audiovisuals, plastic arts — related to the most emblematic work in the Museo’s Collection. This selection of documentary resources seeks to add to a greater understanding of the painting: its origins, the exhibitions it has been part of, the propaganda it has been used for, and its place in art history. Furthermore, it demonstrates the way in which Pablo Picasso´s Guernica has transcended its own physicality and how its widespread recognition has led to its artistic value and political value becoming inextricably intertwined. 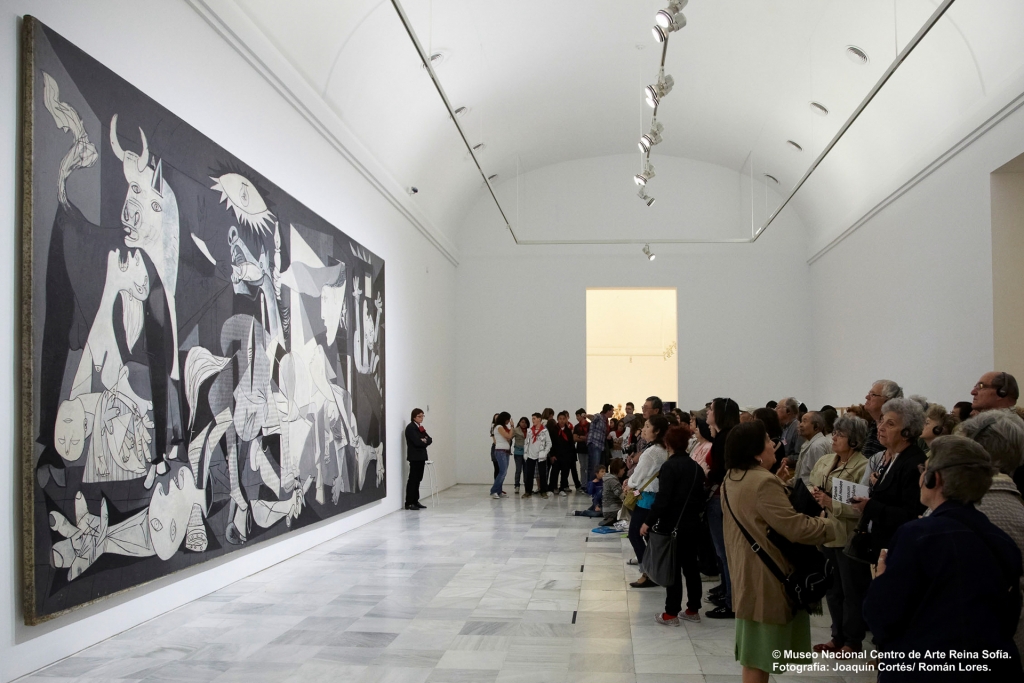 With the exceptional support of the Musée national Picasso-Paris.