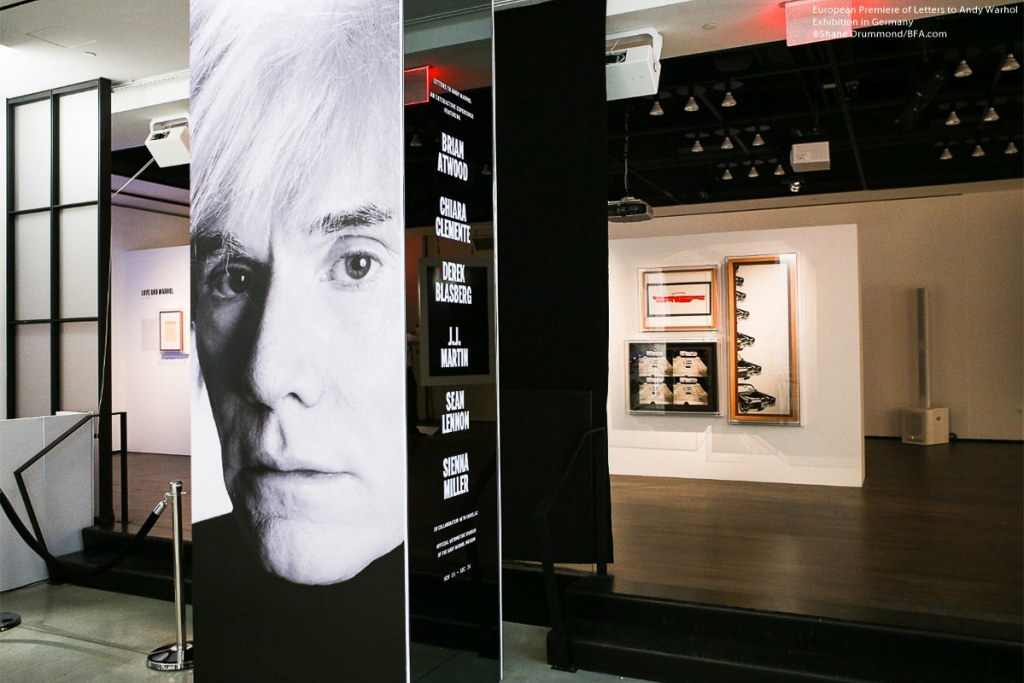 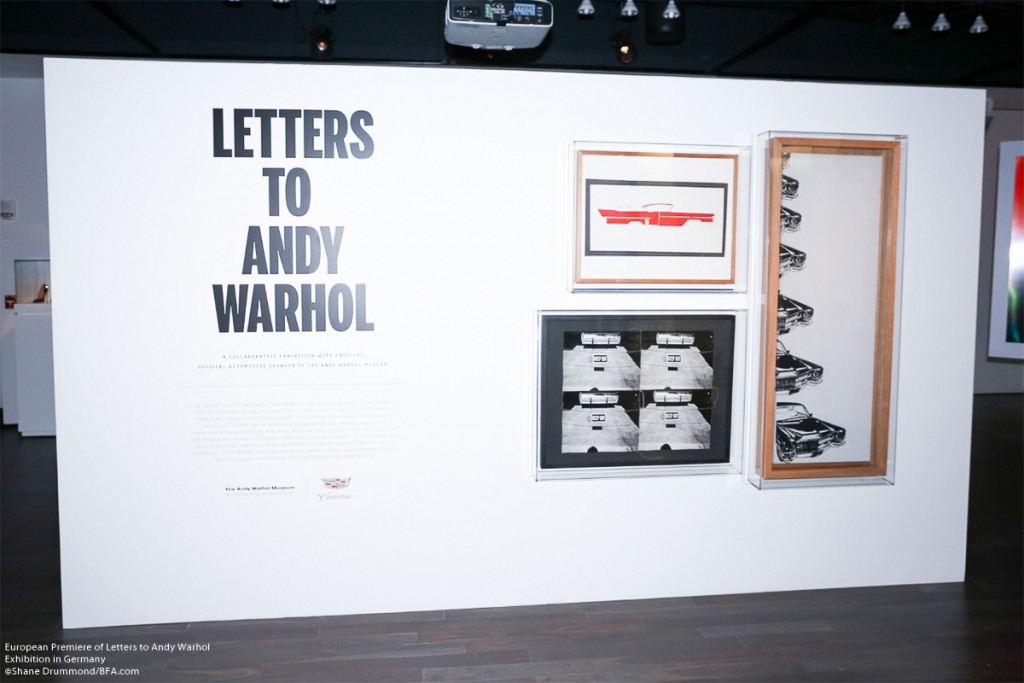 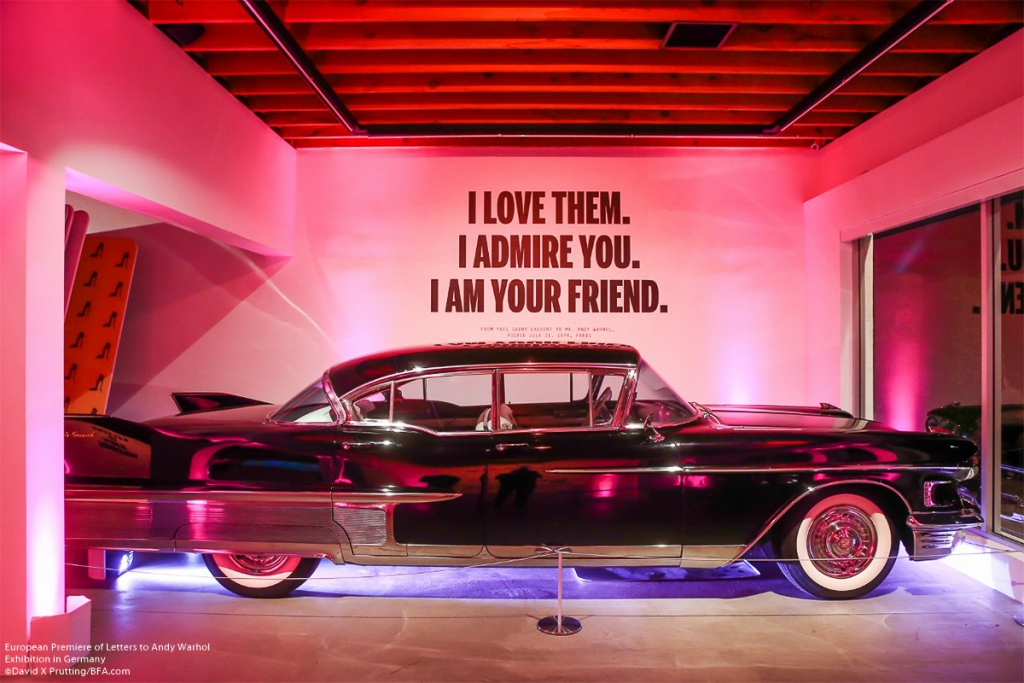 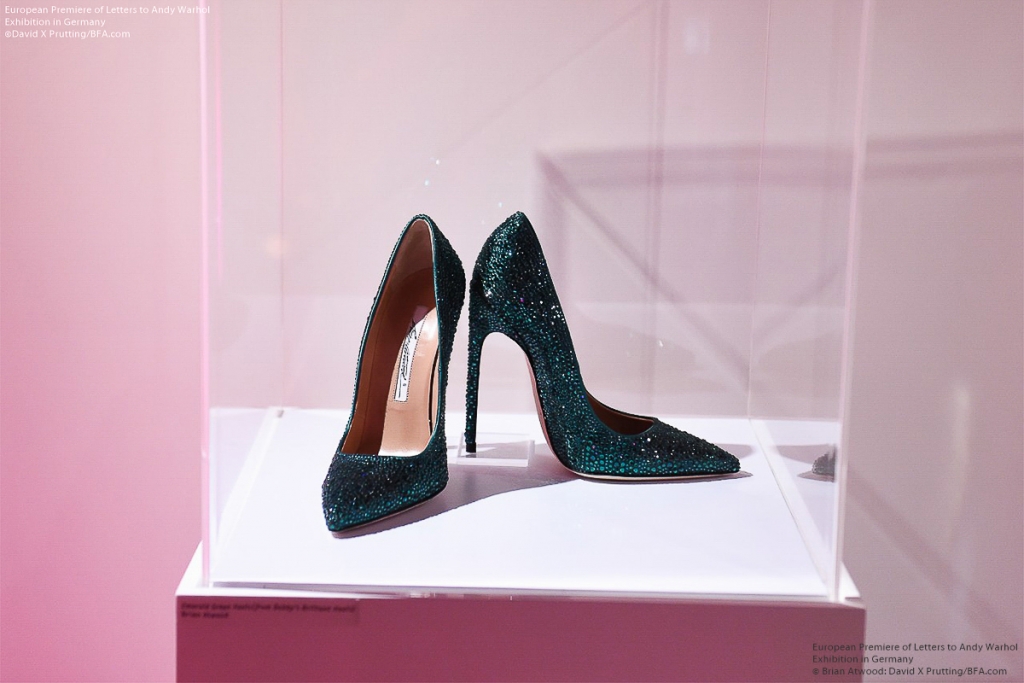 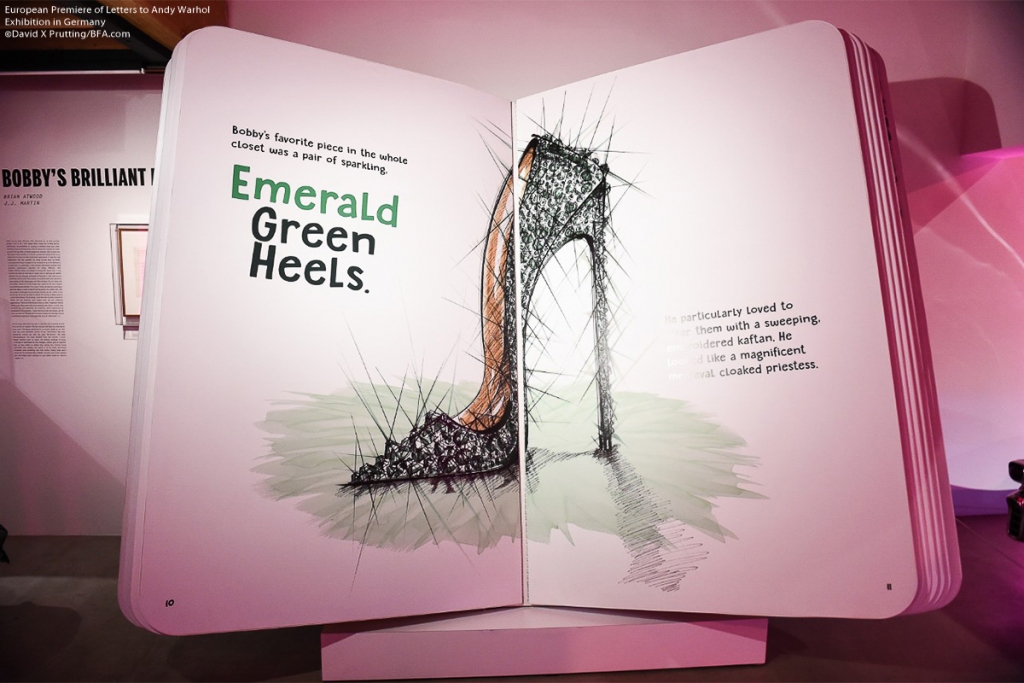 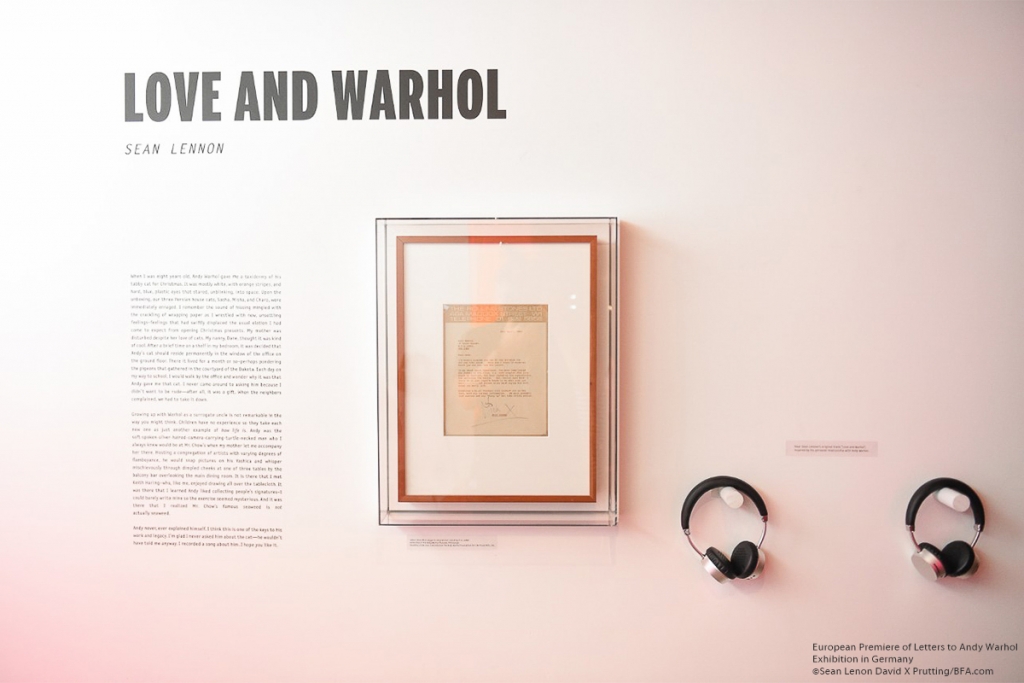 Following stops in New York, Los Angeles and Miami,  Letters to Andy Warhol is now traveling to Europe to premiere on July 14 at  the Isarforum on Munich’s Museum Island, the only Europe-wide venue to host this unique exhibition.

“Andy Warhol’s mastery of popular culture as high art made him one of the most influential American artists of the last century“, says Florian Spinoly, Director Marketing, Product and PR Cadillac Europe.

“Letters to Andy Warhol celebrates Warhol’s unique individualism, and Cadillac as a cultural inspiration for his important work.“

“We’re excited to be part of an exhibition that examines the continuing influence of Warhol on contemporary culture through the lens of some of today’s most influential tastemakers.” 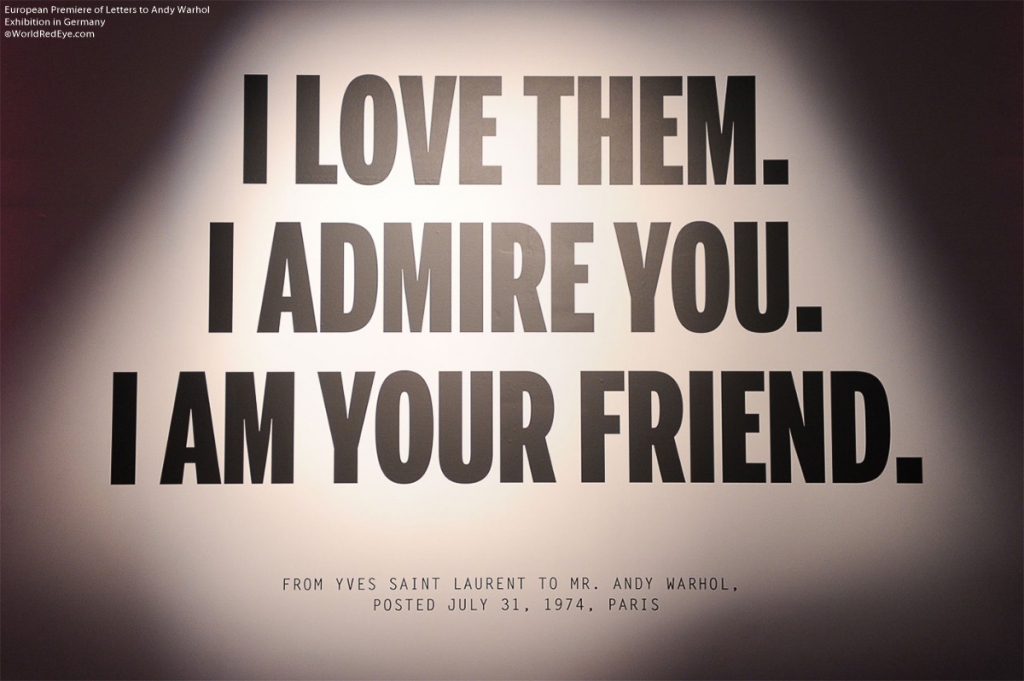 Letters to Andy Warhol has its origins in a collaborative project between Cadillac and the Andy Warhol Museum in Pittsburgh, Pennsylvania. The exhibition is focused on rarely seen letters from the archives of the Warhol Museum written either to or by Andy Warhol. Included are exhibits from couturier Yves Saint Laurent, Rolling Stones front man Mick Jagger and the Museum of Modern Art. The latter rejected an exhibition proposal by the up-and-coming artist some 60 years ago in the following brief statement:

Last week our Committee on the Museum Collections held its first meeting of the fall season and had a chance to study your drawing entitled Shoe which you so generously offered as a gift to the Museum. I regret that I must report to you that the Committee decided, after careful consideration, that they ought not to accept it for our Collection.”‘ 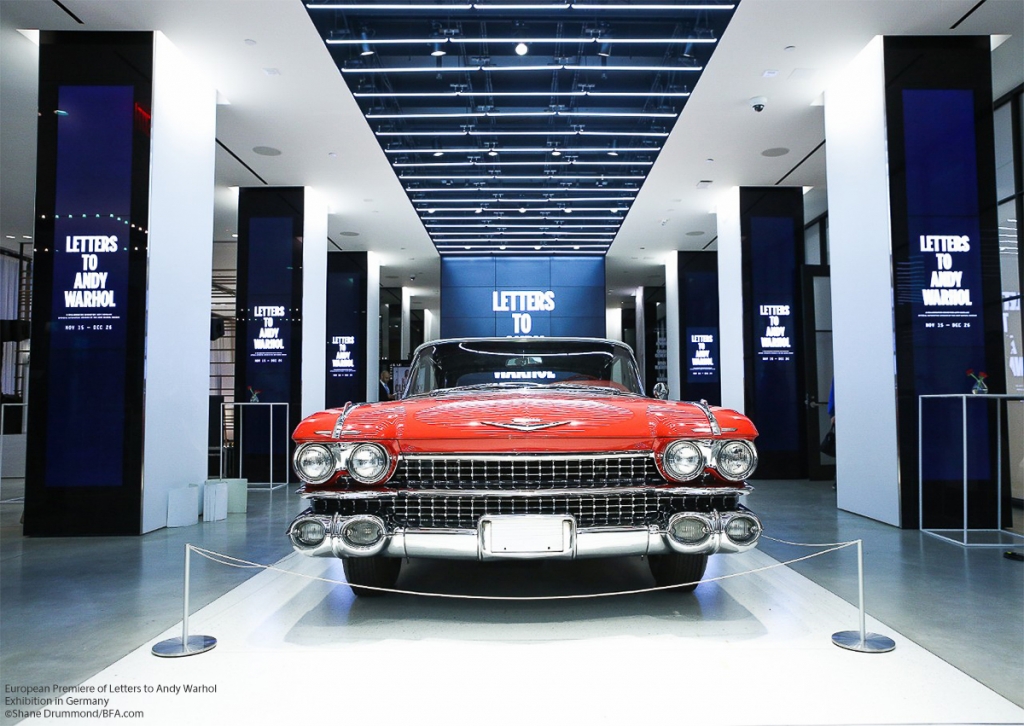 Coinciding with the Letters to Andy Warhol exhibition, the New York Cadillac House will open its gates to a branch set up at the former Isarforum movie theater  during the summer months. It takes cues from the original that was opened last year in New York’s SoHo neighborhood. In SoHo, Cadillac House is a mix of a multifunctional creative meeting place, gallery, show room, runway and café which, in line with Cadillac’s brand philosophy, presents inspiring works from the worlds of art, fashion, culture and cuisine.

In Munich, visitors will be able to see two impressive classical Cadillac models from the American premium brand’s rich history and gain insight into the current model portfolio in 1:1 scale and in spectacular state-of-the-art 3D technology.