NEARLY DOUBLES PREVIOUS RECORD FOR THE MOST EXPENSIVE WORK AT AUCTION

OVER 30,000 PEOPLE WORLDWIDE LINED UP TO SEE THE PAINTING IN PERSON AT CHRISTIE’S FREE PUBLIC EXHIBITIONS

NEW YORK – Leonardo da Vinci’s 500-year old mystical masterpiece, Salvator Mundi claimed a place in auction history this evening, selling for US$450,312,500 (£342,182,751/ €380,849,402) and setting a new auction record for any work of art ever sold at auction, after 19 minutes of bidding. The winning bid was placed by Christie’s Alex Rotter, Co-Chariman of Post-War and Contemporary Art acting on behalf of an anonymous client. 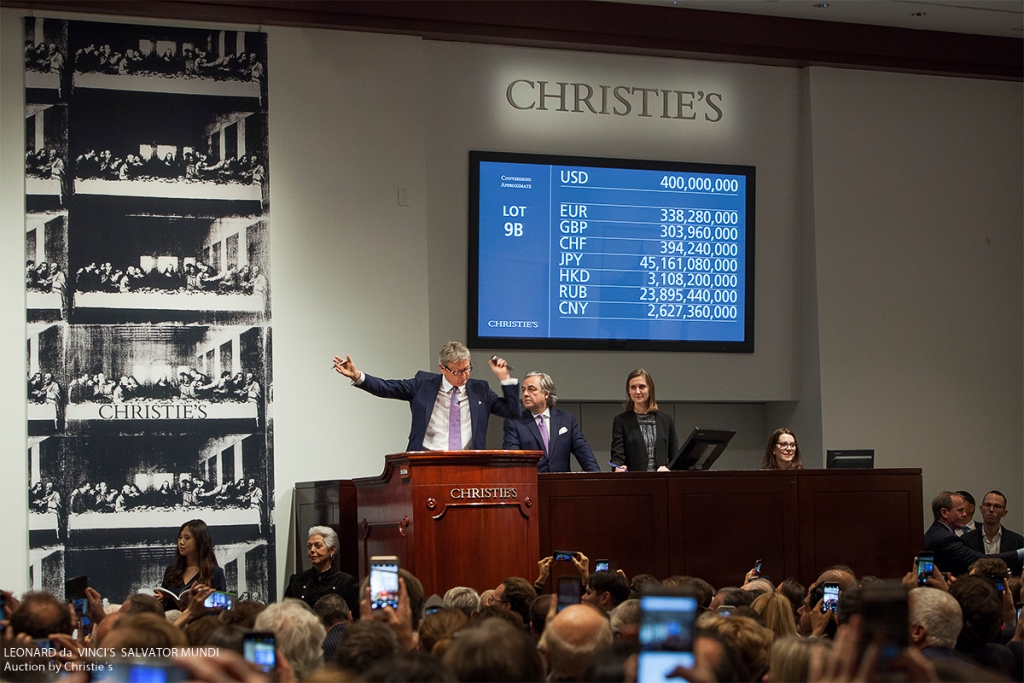 Auctioneer Jussi Pylkkanen, Global President of Christie’s, opened the bidding at $75 million, pulling in at least 45 bids from clients on the phone and in the room. After several minutes of volleyed bids from around the room, the competition settled down to a head-to-head competition between Alex Rotter, Co-Chariman, Post-War and Contemporary Art and Francois de Poortere, Head of Department, Old Masters, New York, each bidding on behalf of clients on the phone. At the $400 million mark, Mr. de Poortere bowed out, awarding the last Leonardo painting left in private hands to a new owner for a final price of $450.3 million inclusive of fees.

A rapt audience of nearly 1,000 art collectors, dealers, advisors, journalists and onlookers packed into Christie’s main auction room at Rockefeller Center to watch the action on Lot 9, with thousands tuning in via a live-streamed feed. Since the sale of Salvator Mundi was announced on October 10 at Christie’s, over 29,700 people have flocked to Christie’s exhibitions of the ‘Male Mona Lisa’ in Hong Kong, London, San Francisco and New York – the first time the painting had ever been shown to the public in Asia or the Americas

Fewer than 20 paintings by Leonardo are known to exist and all save for Salvator Mundi are in museum collections. Dating from around 1500, the haunting oil on panel painting depicts a half-length figure of Christ as Savior of the World, dressed in flowing robes of lapis and crimson. He holds a crystal orb in his left hand as he raises his right hand in benediction.

The painting was first recorded in the Royal collection of King Charles I (1600-1649), and thought to have hung in the private chambers of Henrietta Maria – the wife of King Charles I – in her palace in Greenwich, and was later in the collection of Charles II. It was next recorded in a 1763 sale by Charles Herbert Sheffield, the illegitimate son of the Duke of Buckingham, who put it into auction following the sale of what is now Buckingham Palace to the king. It then disappeared until 1900, when it was acquired by Sir Charles Robinson as a work attributed to Leonardo’s follower, Bernardino Luini, for the Cook Collection. By this time, its authorship by Leonardo, origins and illustrious royal history had been forgotten, and Christ’s face and hair had been overpainted and obscured.

In the dispersal of the Cook Collection, it was ultimately consigned to a sale at Sotheby’s in 1958 where it sold for £45. It disappeared once again for nearly 50 years, emerging in 2005 when it was purchased from an American estate at a small regional auction house. Six years of careful cleaning, conservation, documentation and research followed, the world’s leading authorities on the works and career of da Vinci. In 2011, it was accepted as a fully autograph work by Leonardo da Vinci and made its dramatic return to the public eye as part of the exhibition Leonardo da Vinci: Painter at the Court of Milan at The National Gallery, London.

One of Leonardo´s Most Wonderful Painting 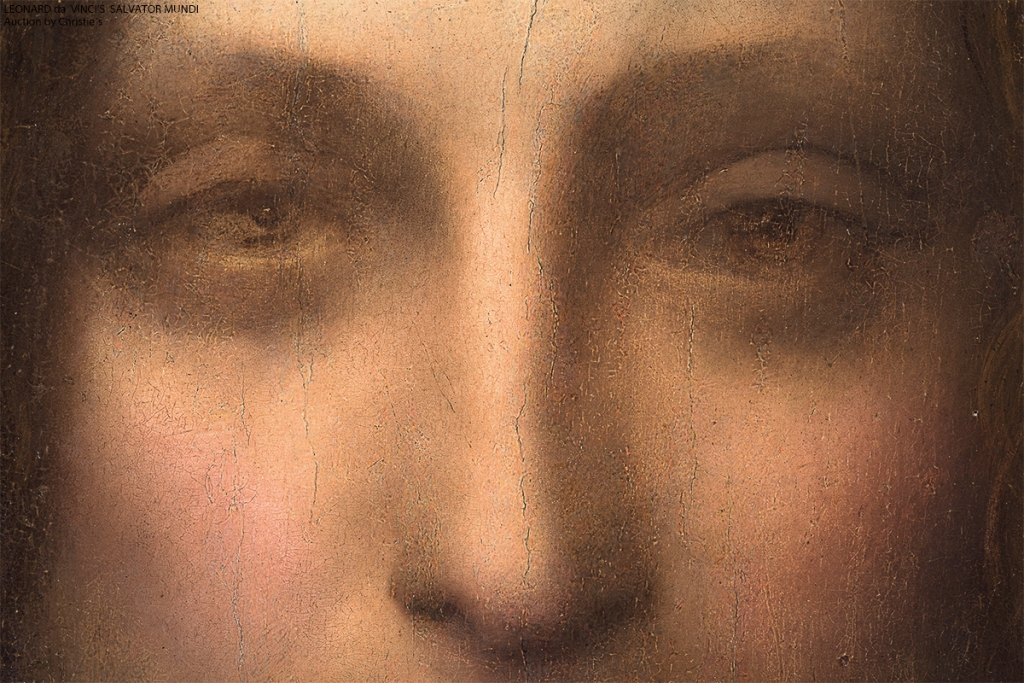