Maiolino is considered one of the most significant artists working in Brazil today. Her career spans five decades and a diversity of disciplines and media including photo, film, performance, drawing and sculpture. Maiolino’s work retains a fundamental concern with creative and destructive processes and with identity, from the subjective to the universal. Conducting a dialogue between opposite yet complementary categories, the artist’s practice dissolves the dichotomies of inner and outer, void and matter, ancient and contemporary. The artist’s narratives refer, through the actions of the body and its repeated gestures, to the making and remaking of the self in the encounter with the other and the creation and experience of the art object. The instability and displacement inherent in her personal history has permeated the methods of her art. 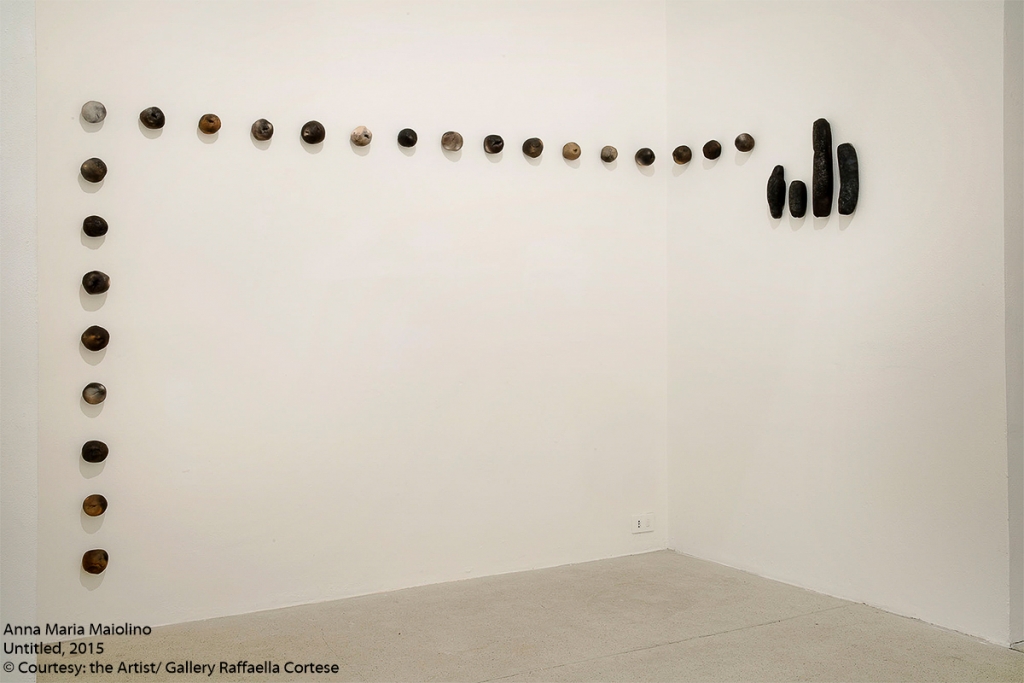 To create his works Arena starts from History, in particular from the political and social facts that characterize the recent past. Episodes – too many times hidden or hushed up – in his works gain a new life thanks to the synthetic and metaphorical forms of his sculptures. 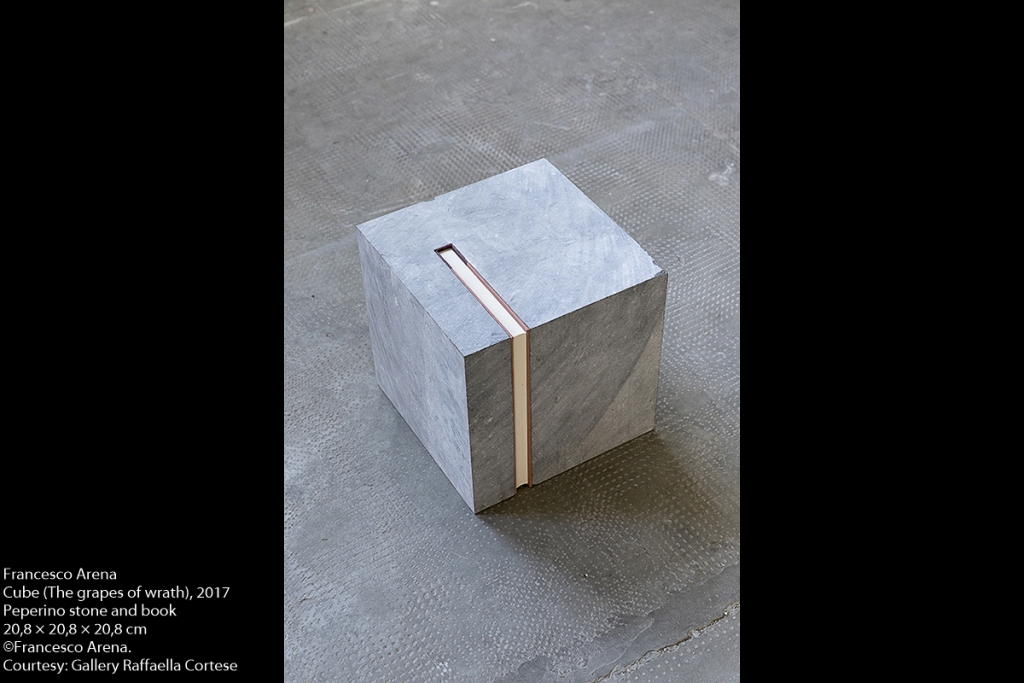 Joan Jonas was born in New York in 1936. She lives and works in New York.

Jonas is considered a pioneer of performance and video. Beginning in the 1960s, she placed female subjectivity at the centre of her work, employing a complex linguistic repertoire including gestures, storytelling and images in movement. A tireless experimenter, Jonas explores the possibilities inherent to the interdisciplinary nature of art, a characteristic that has made her a point of reference for a young generation of artists, with whom she has established an intense and generous relationship of exchange. Continuity among those aspects of daily life and those connected to the production of her works comes to fruition in frequent interaction with friends and artists from different milieu; the most important of these include collaborations with visual artists Peter Campus and Richard Serra, the performer Ragani Haas and the musicians Alvin Curran and Jason Moran. Right from the start the artist began elaborating an individual language aimed at continuous renewal and the translation of diverse media. The transitory nature of her “actions” and the variety of expressive methods she utilizes – including performance, video and installations – create a fantasticum that places the artist’s figure and the experience at the centre. 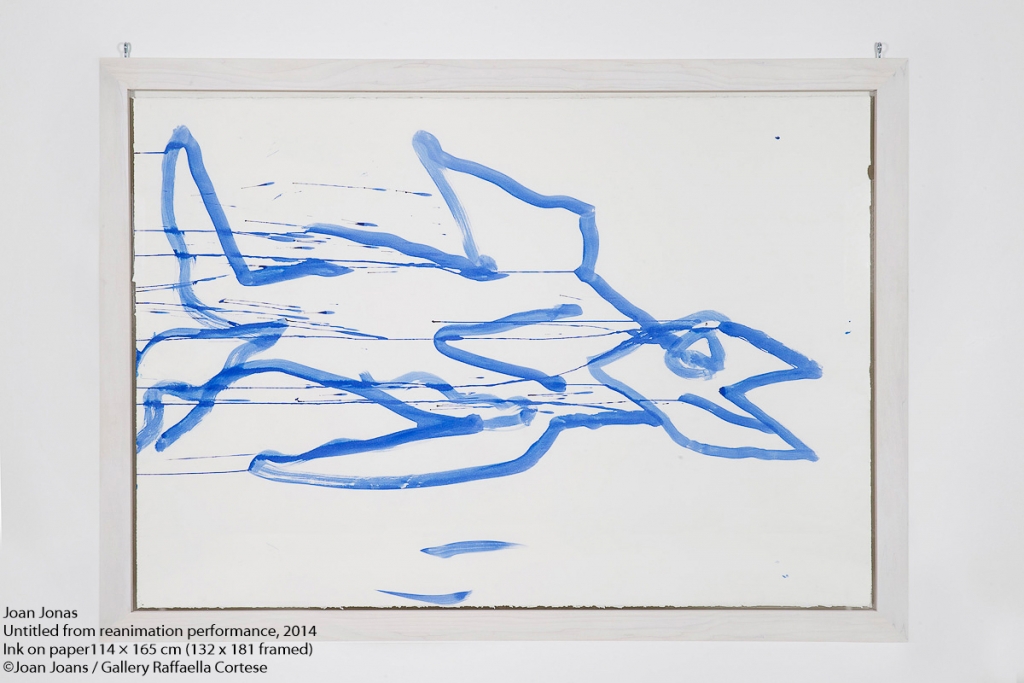 She received her BA from Mount Holyoke College in 1958 and her MFA from Columbia University in 1965. Jonas currently teaches at the Massachusetts Institute of Technology (MIT). In 2009 the artist was awarded the Guggenheim’s first annual Lifetime Achievement Award. Jonas has had retrospectives at the Queens Museum of Art, New York (2003), Staatsgalerie, Stuttgart Germany (2000), and at the Stedelijk Museum, Amsterdam (1994). The artist has been represented in Documenta V, VI, VII in Kassel, Germany. She was commissioned to develop an installation and a subsequent performance entitled Lines in the Sand for Documenta XI. It was recreated at the Tate Modern in London, and the Kitchen in New York in 2004. Jonas has also exhibited in solo shows or performed at institutions such as: Tate Modern, London; Haus der Kunst, Munich; Haus der Kulturen der Welt, Berlin; Sigmund Freud Museum, Vienna, Austria; Dia:Beacon, Beacon, New York; Museo Nacional Centro de Arte Reina Sofia, Madrid, Spain; Museu d’Art Contemporani de Barcelona, Spain; Le Plateau and Jeu de Paume/ Hotel de Sully, Paris, France; Renaissance Society, University of Chicago, Chicago, Illinois.

Miroslaw Balka was born in 1958 in Warsaw, Poland. He lives and works in Warsaw.

Comprising installation, sculpture and video, Balka’s work has a bare and elegiac quality that is underlined by the careful, minimalist placement of objects, as well as the gaps and pauses between them. Often using his own body and his studio as a template or first point of reference, Balka’s work might incorporate personal or self-referential substances such as ash, felt, salt, hair and soap. Balka’s work deals with both personal and collective memories, especially as they relate to his Catholic upbringing and the collective experience of Poland’s fractured history. Through this investigation of domestic memories and public catastrophe, Balka explores how subjective traumas are translated into collective histories and vice versa. His materials are simple, everyday objects and things, but also powerfully resonant of ritual, hidden memories and the history of Nazi occupation in Poland. 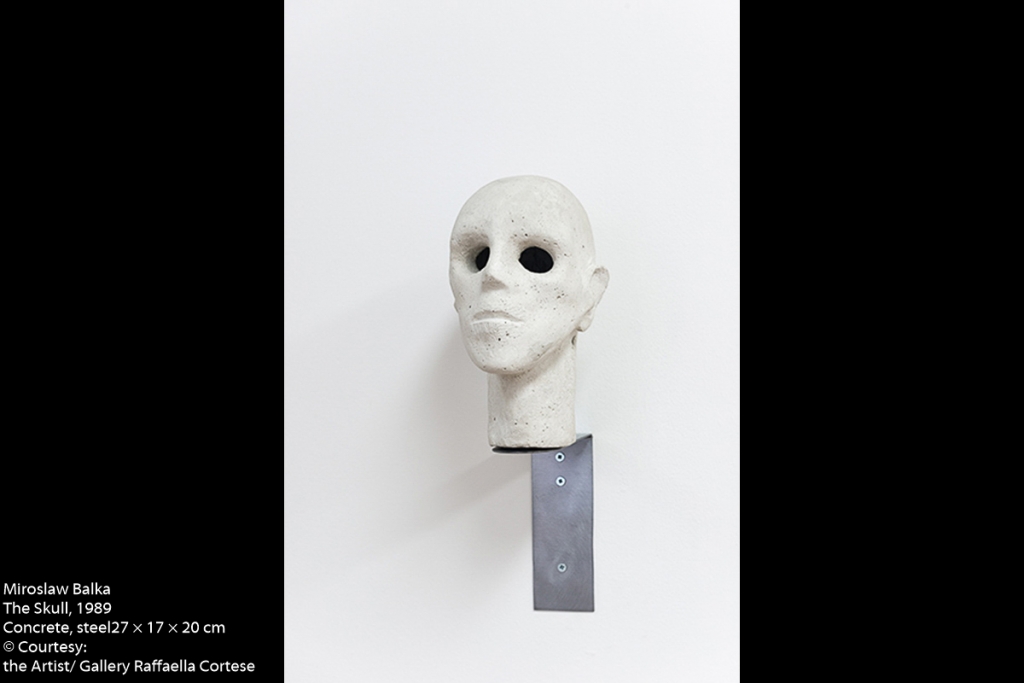 Roni Horn was born in 1955 New York. She lives and works in New York.

Horn’s oeuvre, which spans almost four decades, explores the mutable nature of art through sculptures, works on paper, photography, and books. Horn’s drawings concentrate on the materiality of the objects depicted. She also uses words as the basis for drawings and other works. Horn crafts complex relationships between the viewer and her work by installing a single piece on opposing walls, in adjoining rooms, or throughout a series of buildings. She subverts the notion of ‘identical experience’, insisting that one’s sense of self is marked by a place in the here-and-there, and by time in the now-and-then. Horn’s work also embodies the cyclical relationship between humankind and nature—a mirror-like relationship in which we attempt to remake nature in our own image. For the past 30 years, the work of Roni Horn has been intimately involved with the singular geography, geology, climate and culture of Iceland.

In 2004 she was a visiting critic at Columbia University. In November 2009, the Whitney Museum of American Art opened a survey show of Horn’s work. Titled „Roni Horn aka Roni Horn“, the show travelled to the Institute of Contemporary Art in Boston (2010), the Tate Modern, London (25 February – 25 May 2009), and the Collection Lambert in Avignon (21 June – 4 October 2009).

Silvia Bächli was born in Baden, Switzerland, in 1956. She lives and works in Basel.

Bächli has developed her drawing practice working on sheets of white paper, of different sizes, qualities and tones, and using Indian ink, charcoal, gouache or pastels. Using the body and its movements as a starting point, her work spreads into everything that can be considered part of the realm of feeling. In this way she presents a reality made up of fragments and impressions. The result is not just painterly moments; the drawings often seem to capture, as if in film stills, a cinematic way of looking at bodies and things or their details, at landscapes, gestures, structures, and processes. Her works tell stories without an actual beginning or end, just a visualization of a moment captured in time. 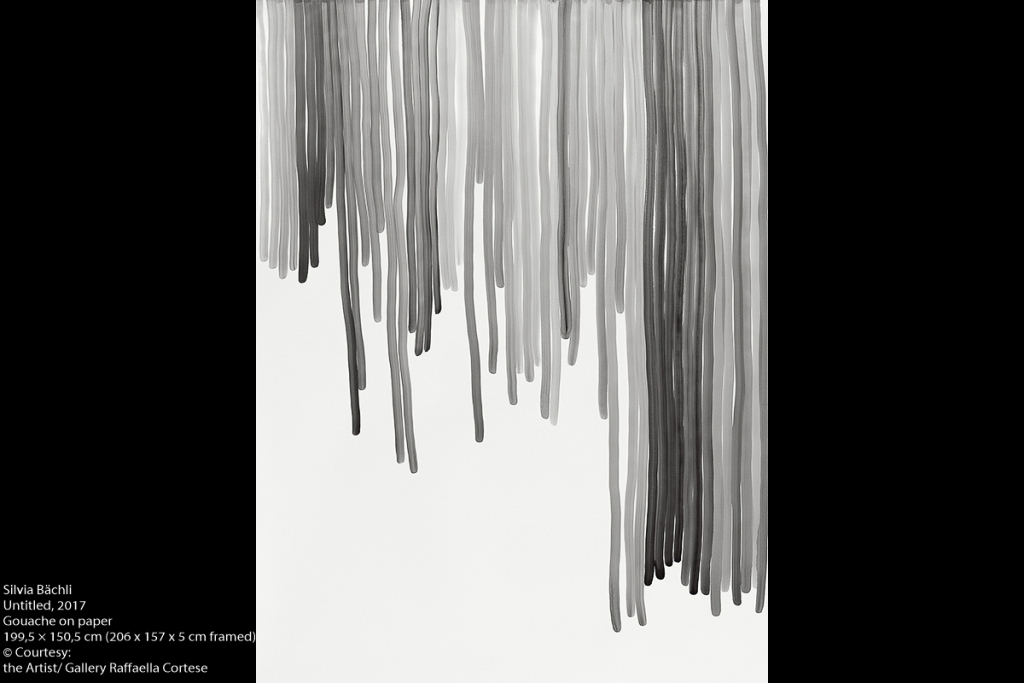 Zoe Leonard was born in Liberty, New York, 1961. She lives and works in New York.

For more than twenty years, Leonard has been practicing the art of the contemplative journey and the perceptive gaze. She trawls through nature and culture, the (urban) landscape and the world of museums, in search of signs that might give some insight into their contrasts, similarities and inter-relationships. Zoe Leonard’s predominantly black-and-white photographs are like a blurred cartography of the human condition. Her idiosyncratic gaze finds photographs that are subversive in their questioning, casual in their approach, incisive in what they reveal; in these photographs, viewpoint, subject and form are equally engaged. In 2014 she won the prestigious Whitney Biennial Bucksbaum Award. 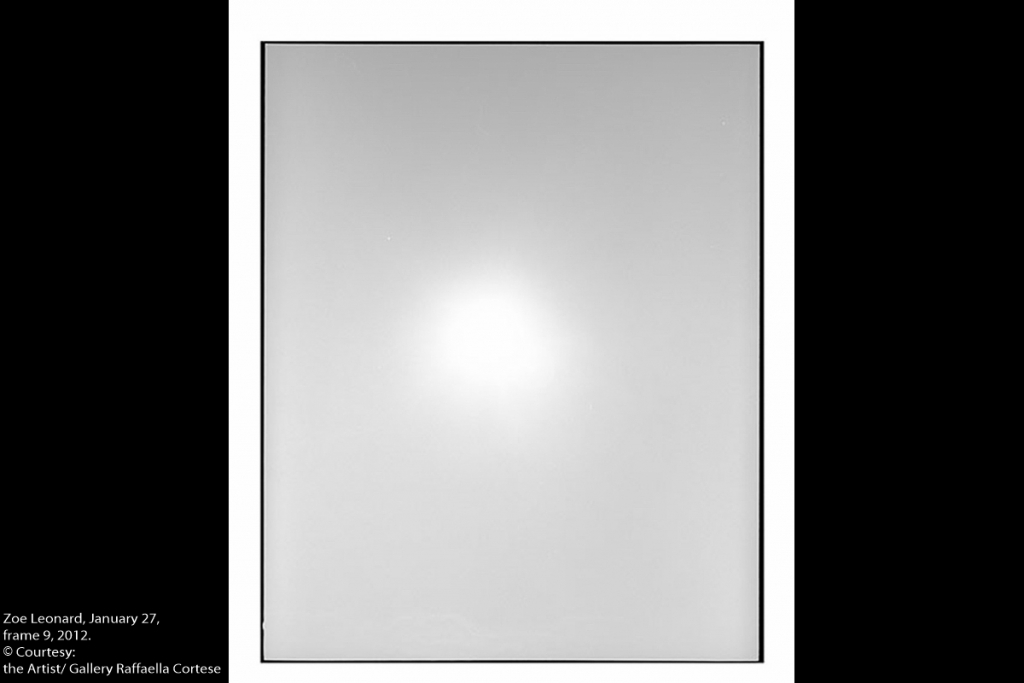