By exhibiting his work in the église des Célestins, Ronan Barrot has chosen to take the setting into account. Always on the edge—ambiguity of meaning, ambivalence of sound—the painter highlights the paradox of the place. Although desacralised, this church nevertheless retains its memory, and continues to enact taboos. Should he brave them, make light of them…? Ronan Barrot doesn’t discard the religious iconography that played a major part in the history of painting, but instead lets biblical elements enter profane scenes, almost like a temptation. Within a single painting can great banality and mythic inspiration come head to head. The throughline of this exhibition: scenes. Theatre, this profane ritual, was born right outside churches and their rites. Against and with them. That’s what Ronan Barrot’s great paintings remind us of, with an edge that doesn’t cut but rather opens. Landscapes and fictions welcome the unavoidable figures in such a holy place, and the consecration of recurring everyday images. The painting becomes the place where “something is about to happen.” A sensual fable? A mythological drama? A real event? Painting will tell, and our gaze will choose.

Born in 1973, trained at the École nationale supérieure des Beaux-Arts and at the Berlin University of the Arts, Ronan Barrot is a French painter who creates his paintings “on the canvas,” the way others write shows “on the stage.” With their penetrating darkness, his works radiate. A need to be involved confronts the trivialisation of fleeting images. His paintings have a density and a length reminiscent of the great mythical stories. Haunted, like their titles, they open a spectrum of rumours: legendary scene or banal situation? They are troubling, in the way they capture—a nuance, a question, a gesture. Ronan Barrot has in his head all the history of painting, but also all the images that television, newspapers, and the propaganda of advertisement would want to put there. And if “peindre, c’est se jeter dans la gueule du Louvre” (“to paint is to walk into the Louvre’s den”), it is because he thinks one should let one’s painting be invaded by any other painter who feels like coming in, but also by the traits that seem necessary and by the words that haunt one’s memory. Whether they were created through a series of successive steps or appeared fully-formed, We will come pick you up and Prudence, like The Stream or Sunny Spell, respond to a desire to experience the thickness and texture of time: 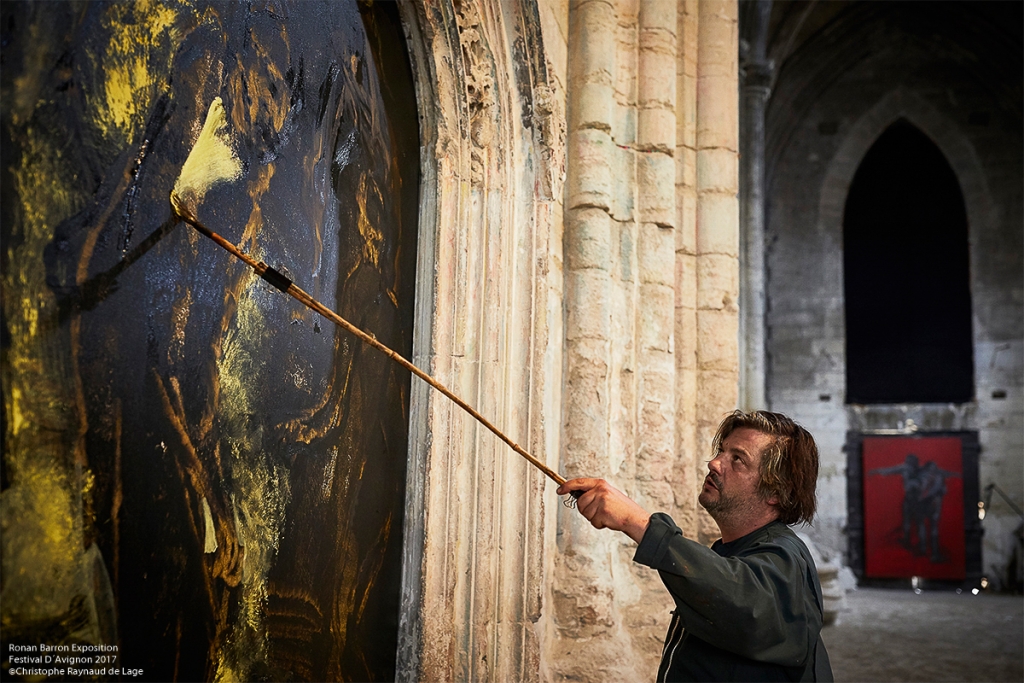