FG Art & Lifestyle
This special event that year by year takes place at the end of May in the most marvellous Place on Erth, Lago di Como,  embodies Tradition, Eleganze and Design in a unique way.

The outstanding quality of the vehicles, the atmosphere and the passion share by the BMW Group together with The Grand Hotel Villa d´ Este and the very special guests gives this very special event an ambience of Heritgage and Elegant flair.This year’s motto of the Concorso d’Eleganza Villa d’Este 2017  “Around the World in 80 Days – Voyage through an Era of Records”. It comes from the novel by Jules Verne and harks back to the era at the end of the 19th century.

This was a time when rapid technological progress enduringly expanded the opportunities for mobility and covering large distances. The field of participants was also drawn from different parts of the globe with competition vehicles from 16 countries. In their day, a large number of classic vehicles had created sensations with successes in motor sport, speed records or trailblazing technical innovations. 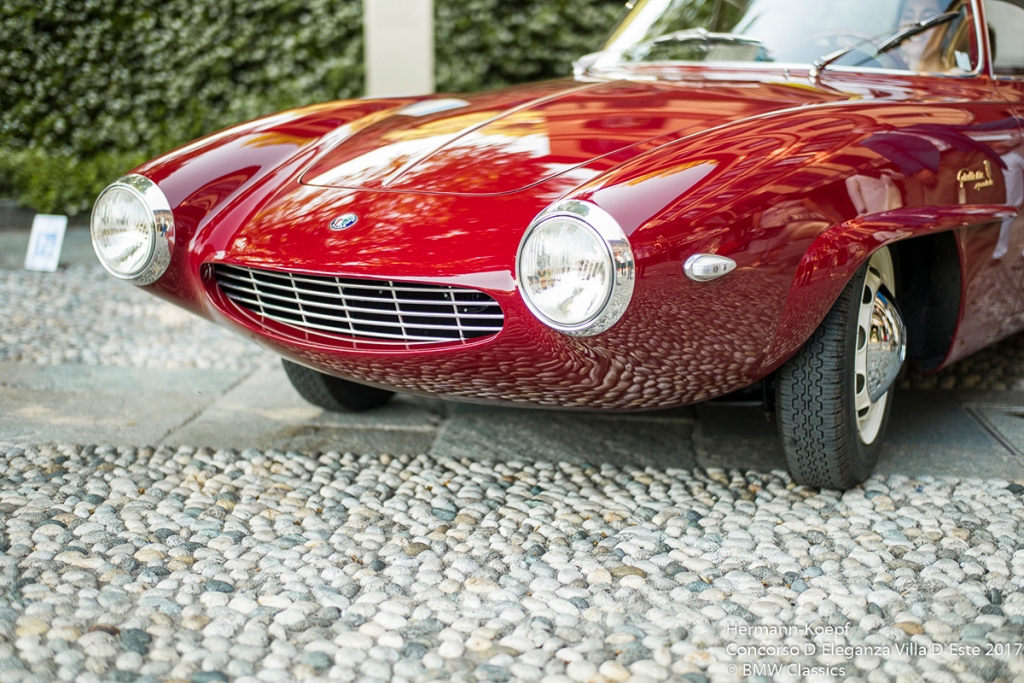 Munich, Germany-Cernobbio, Italy. A triple success achieved by a unique vehicle. The Alfa Romeo Giulietta SS Prototipo was awarded “Best of Show” on Sunday evening when the Concorso d’Eleganza Villa d’Este 2017 held in Cernobbio, Northern Italy, celebrated its crowning finale. The Jury conferred the most important award of the competition – the Trofeo BMW Group – on the unique special from the year 1957.

The victorious Alfa Romeo Giulietta SS Prototipo was designed by Franco Scaglione (1916 – 1993) in 1957. The chief stylist at the time of the great Italian coachbuilder Bertone developed the coupé based on three aerodynamic studies that emerged from the cooperation between Bertone and Alfa Romeo from 1953 to 1955 under his leadership. To this day, they are known as B.A.T. Mobiles – the acronym stands for Alfa Romeo Berlinetta Aerodinamica Tecnica. The prototype had an equally elegant and streamlined alloy body. A four-cylinder engine generating 100 hp was mounted under the bonnet and this prototype was a precursor for the series model Alfa Romeo Giulietta Sprint Speciale presented in 1959. It can therefore be considered as a synthesis between fact and fiction.

The overall victory for the Alfa Romeo Giulietta SS Prototipo means that a vehicle from Italian production has won the most important award from the show presenting classic cars on the shores of Lake Como for the fourth time in succession. The successful home performance of the Alfa was completed by winning the Trofeo BMW Group Italia. This award was the outcome of a public referendum. A majority of the visitors to the park of Villa Erba also voted for this unique special from Bella Italia. 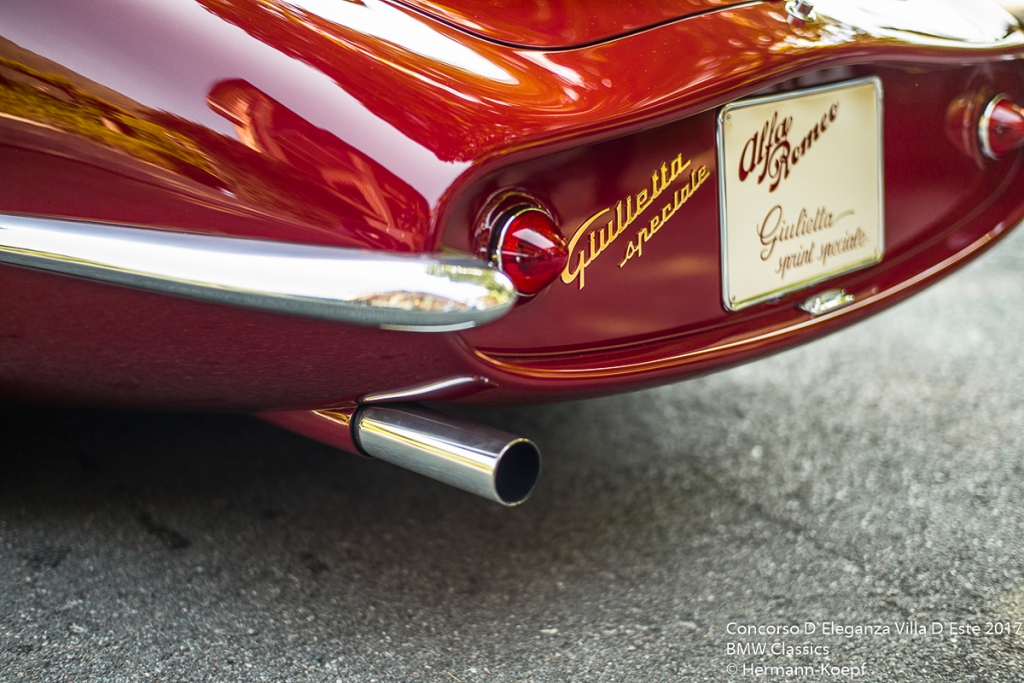 The most traditional prestigious award – the Coppa d’Oro Villa d’Este is also conferred by public referendum. This special prize was awarded on Saturday to the Lurani Nibbio record-breaking vehicle built in 1935. The visitors to the park of Villa d’Este were enthused by the pristine condition of the compact, open single-seater and with its fascinating family history. It is the creation of the Italian journalist, publisher, automobile designer and racing driver Giovanni Lurani Cernuschi, VIIIth Count of Calvenzano (1905 – 1995). He designed and built the vehicle himself and went on to break numerous speed records driving the car.

The car was powered by a 500 cc two-cylinder motorcycle engine from Moto Guzzi that developed 46 hp, and the Lurani Nibbio broke four World Speed Records with its designer at the wheel. Another eight records followed on from optimisation of the body in 1939. Later a 250 cc engine was mounted in the Lurani Nibbio and the car broke six more speed records in the period up to 1947. 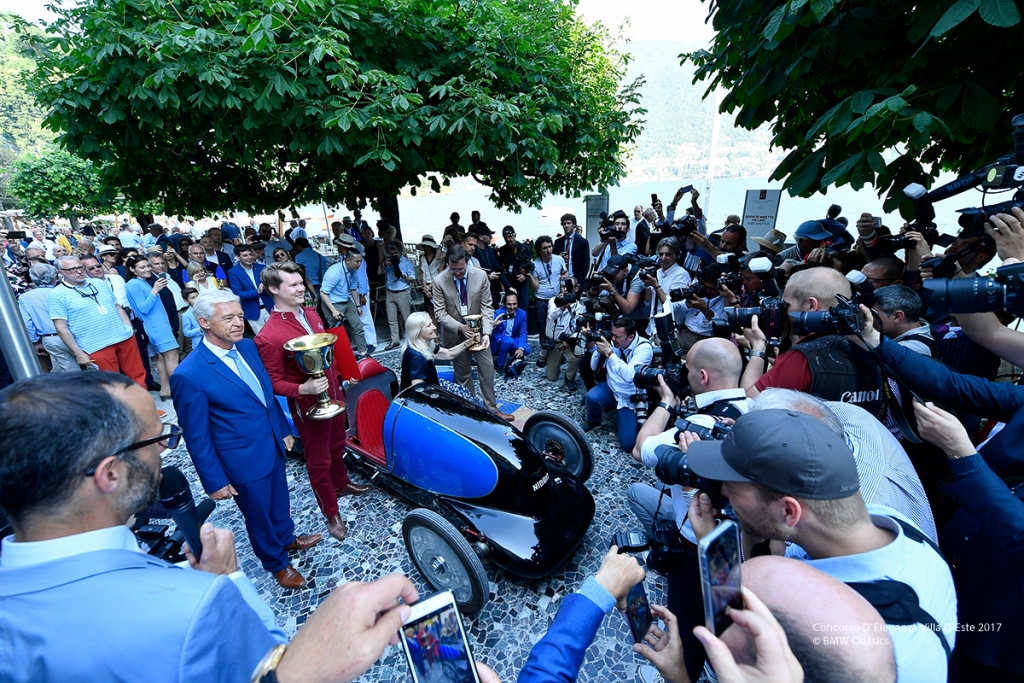 The grandson of the constructor, Federico Göttsche Bebert, entered the Lurani Nibbio in the Concorso d’Eleganza Villa d’Este 2017.The vehicle has been in the possession of the family until the present day. He brought his grandfather’s car back to life again and was very proud to accept the Coppa d’Oro Villa d’Este. “It is an incredible feeling to be able to celebrate the successes of my grandfather on a stage like this after so many years have passed by,” he declared.

Since 2011, the Concorso d’Eleganza Villa d’Este has also had a fixed place in the calendar for fans of historic motorcycles. Visitors were once again able to enjoy the atmospheric Street Run of the competition vehicles through the streets of Cernobbio at the seventh edition of the Concorso di Motociclette. The Jury conferred the most prestigious award on a veritable globetrotter as their favourite from a select field of participants. The Puch 250 Indien-Reise manufactured in 1933 was awarded “Best of Show” and the Trofeo BMW Group went to the Italian owner Peter Reisch.

This legendary long-distance journey gave the motorcycle its name, and the machine has once again been in the limelight on its outing to Lake Como. The Puch 250 Indien-Reise still fascinates to this day, fully equipped with authentic saddlebags, tools and spare parts. The motorcycle was originally manufactured in Graz, Austria, and it appears to have emerged from a journey through time yet at the same time be ready for a new adventure.

Once more, the magnificent ambience of the Grand Hotel Villa d’Este and the neighbouring park of Villa Erba formed the backdrop for the pageant of rare beauties. The visitors were intrigued by the elegance of the exhibited vehicles and the especially unusual and illuminating episodes from automobile and motorcycle history. Thousands of visitors embarked on a sublime and fascinating journey in time through the history of mobility, with the benefit of bright sunshine and summer temperatures.

Held in a wonderful Place, surrounded by Fantastic Autos and the best Atmosphere. The Concorzo d´ Eleganza Villa Este edition 2017 ;  an amazing event and one of the most exclusive and beautiful of its kind. 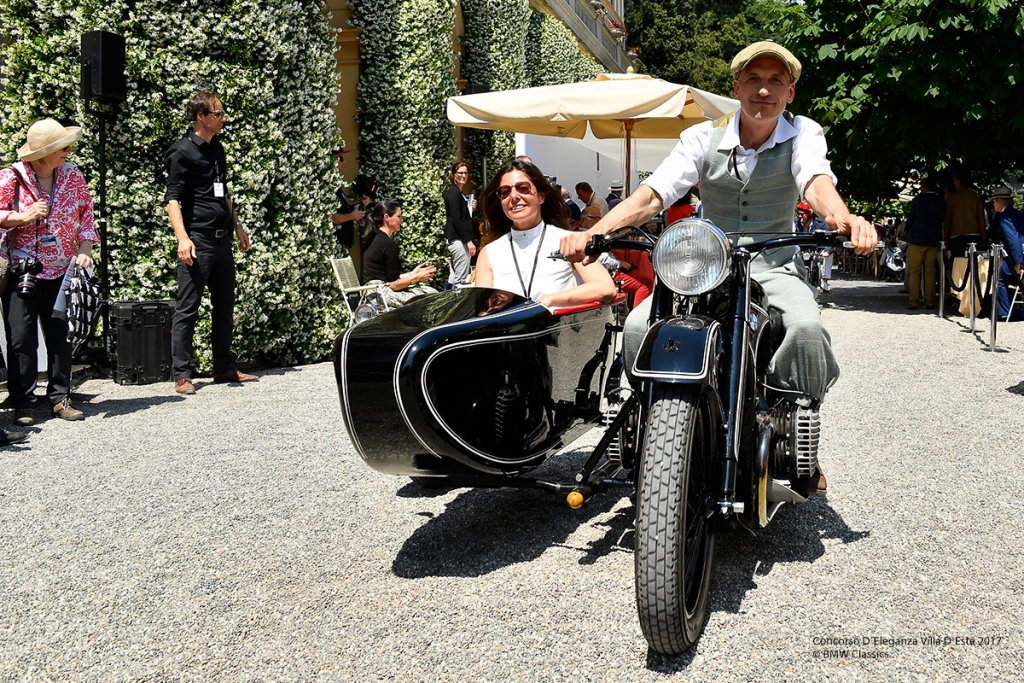 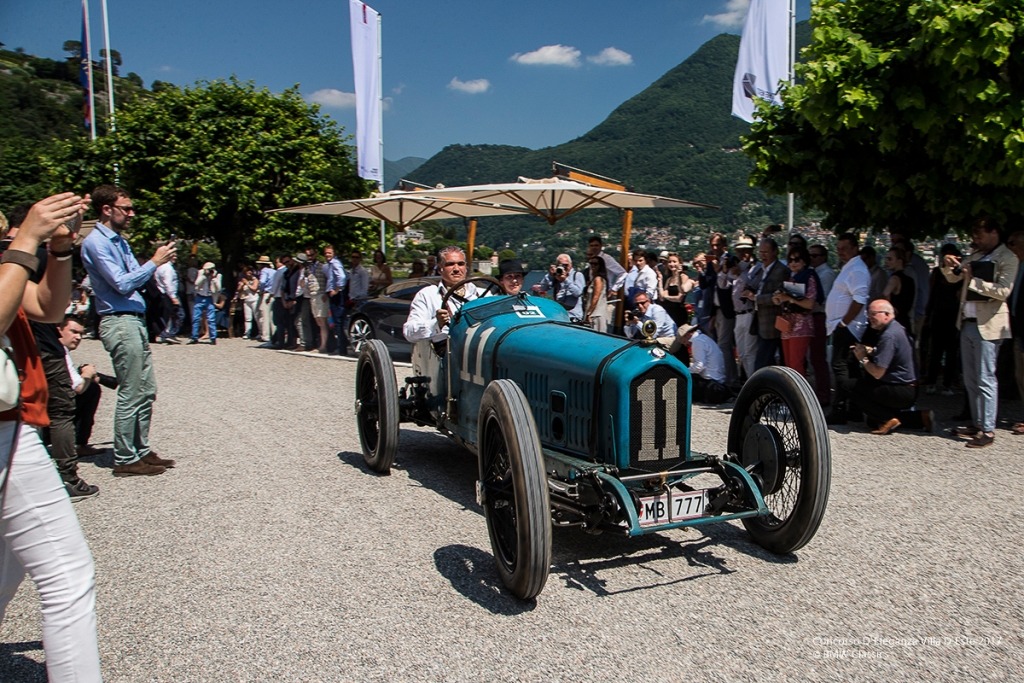 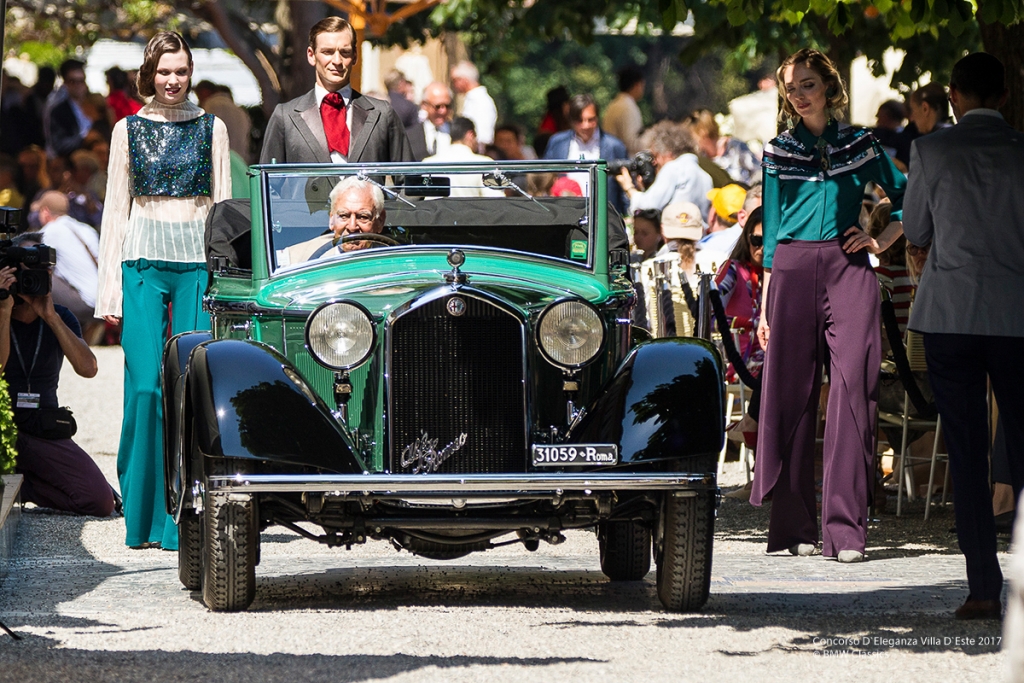 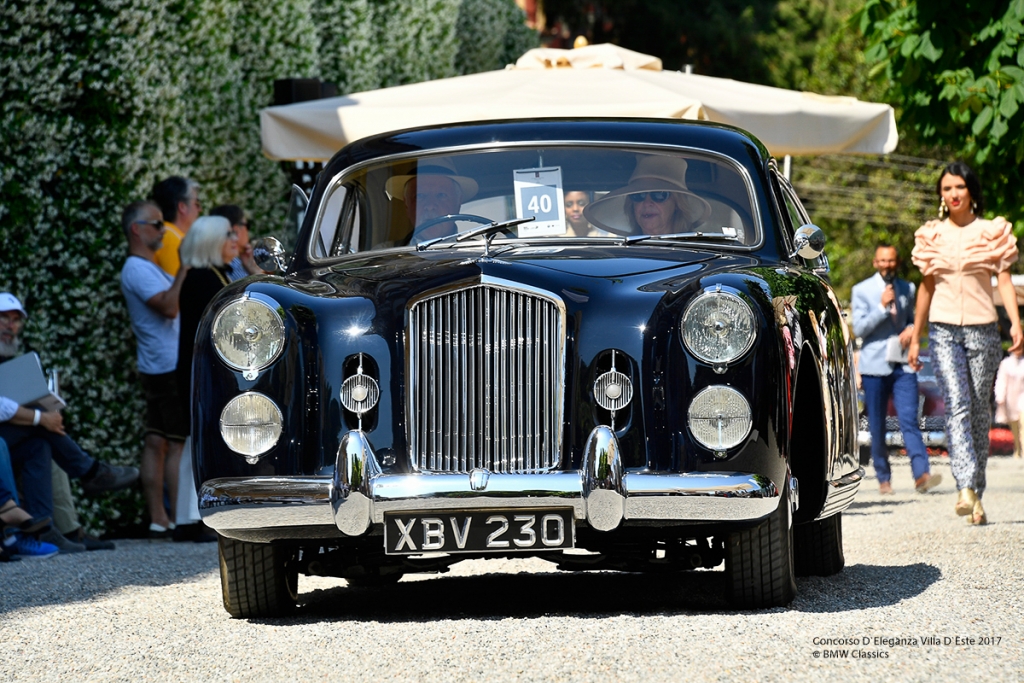 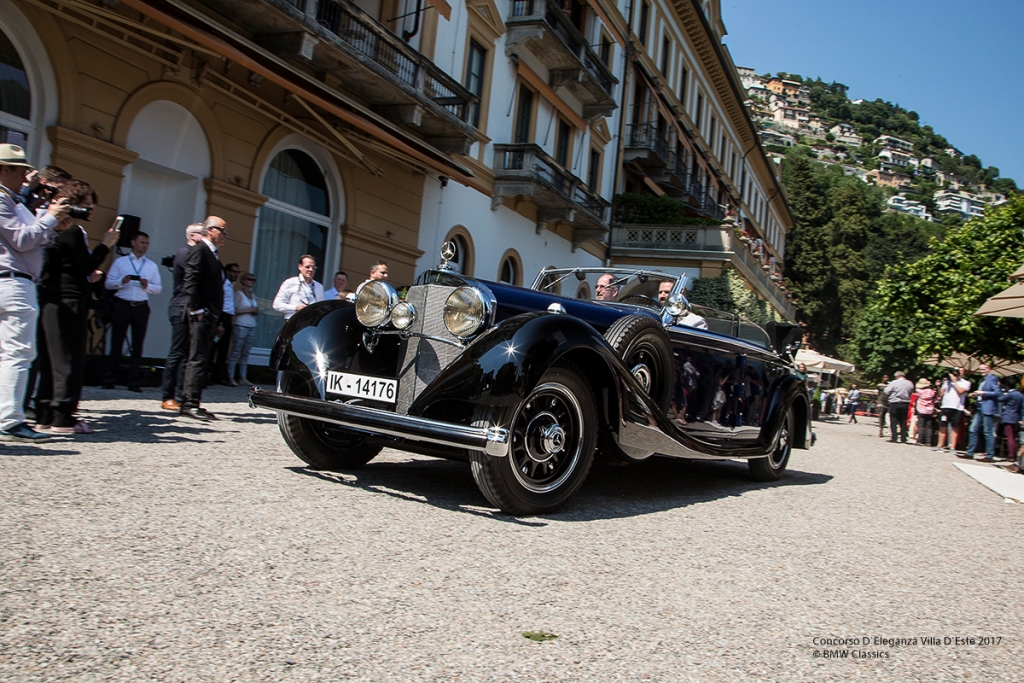 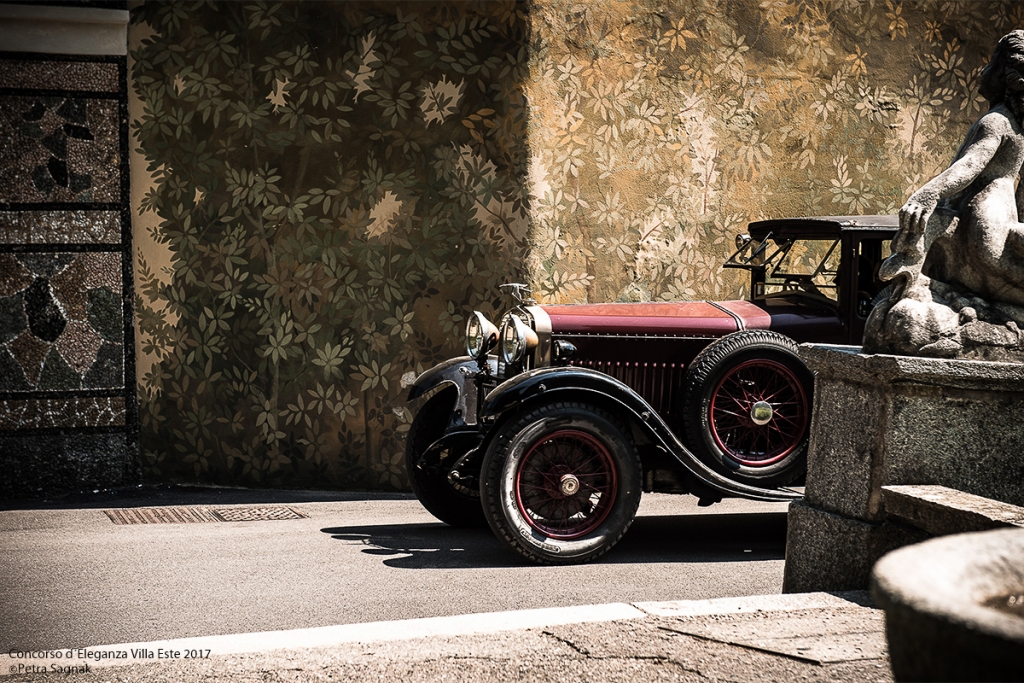 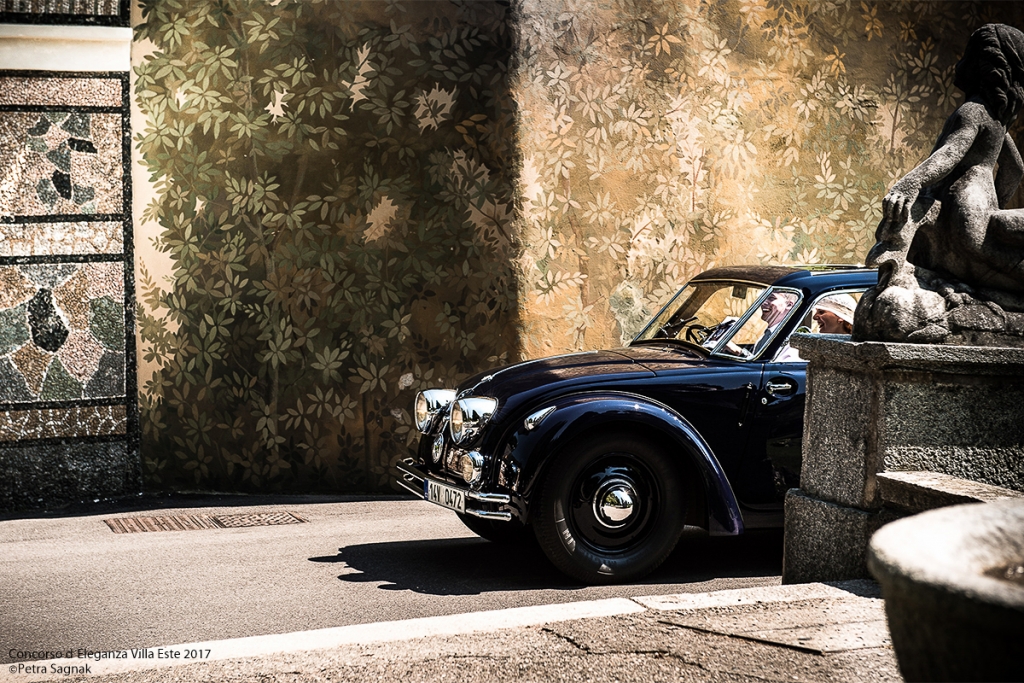 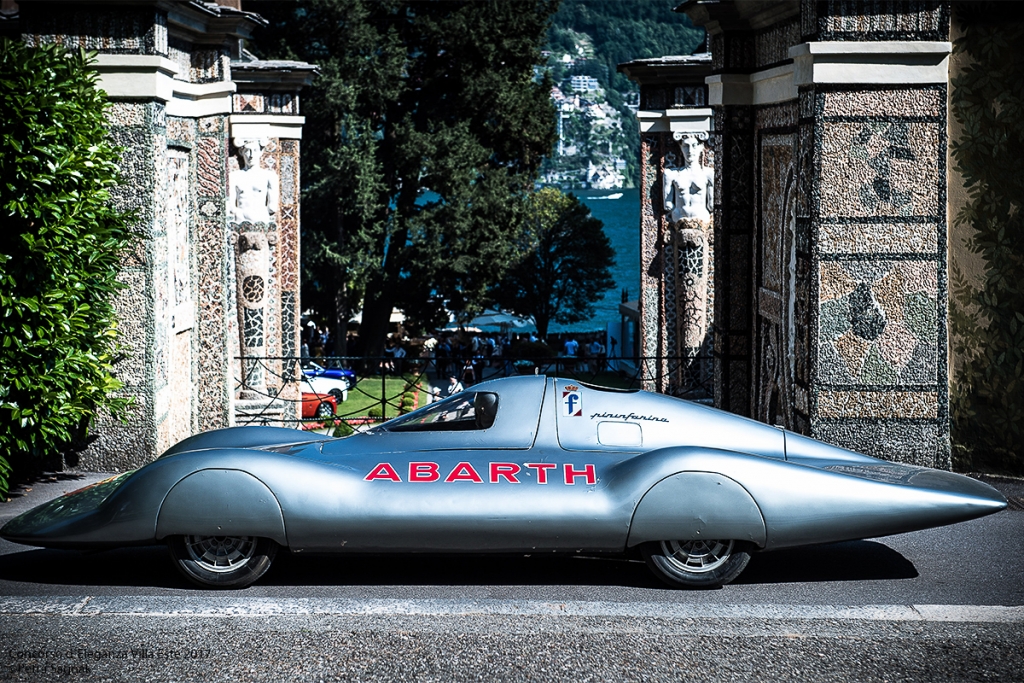 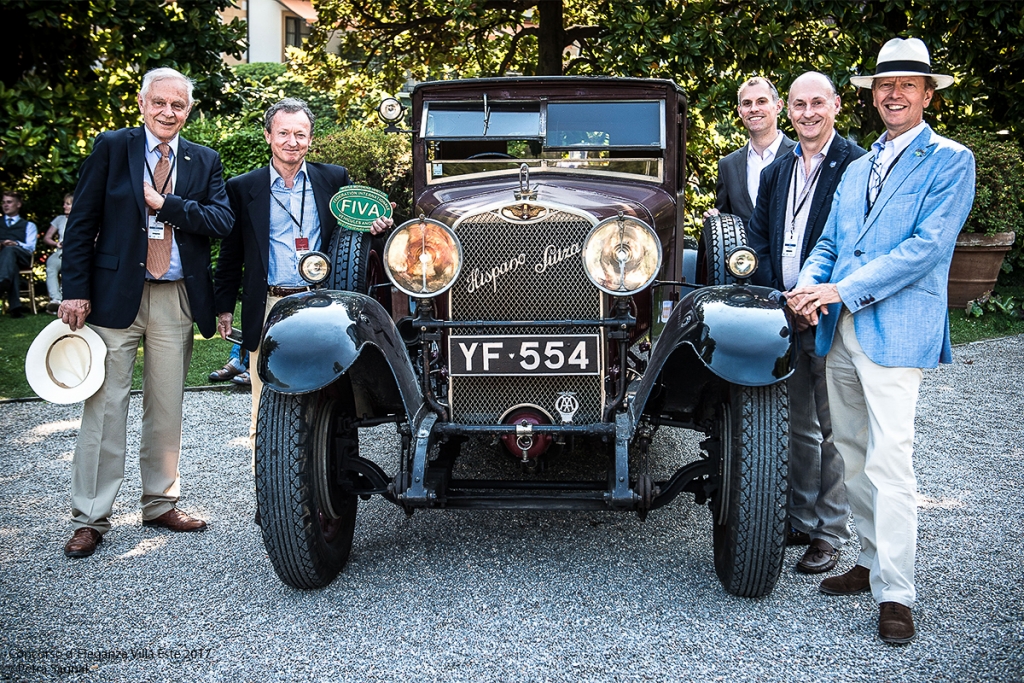