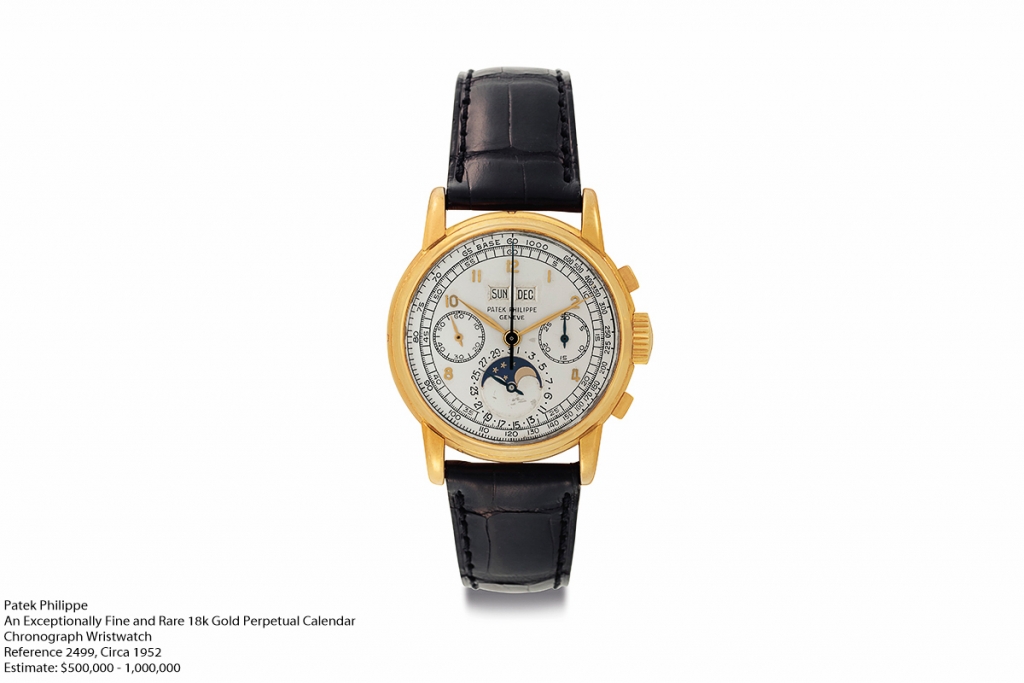 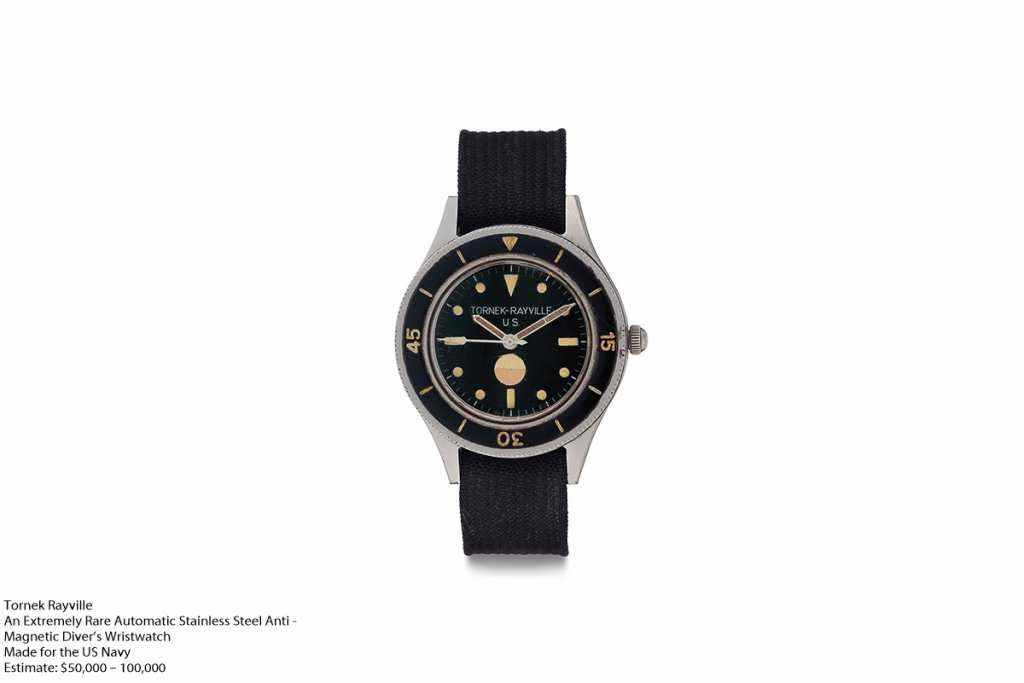 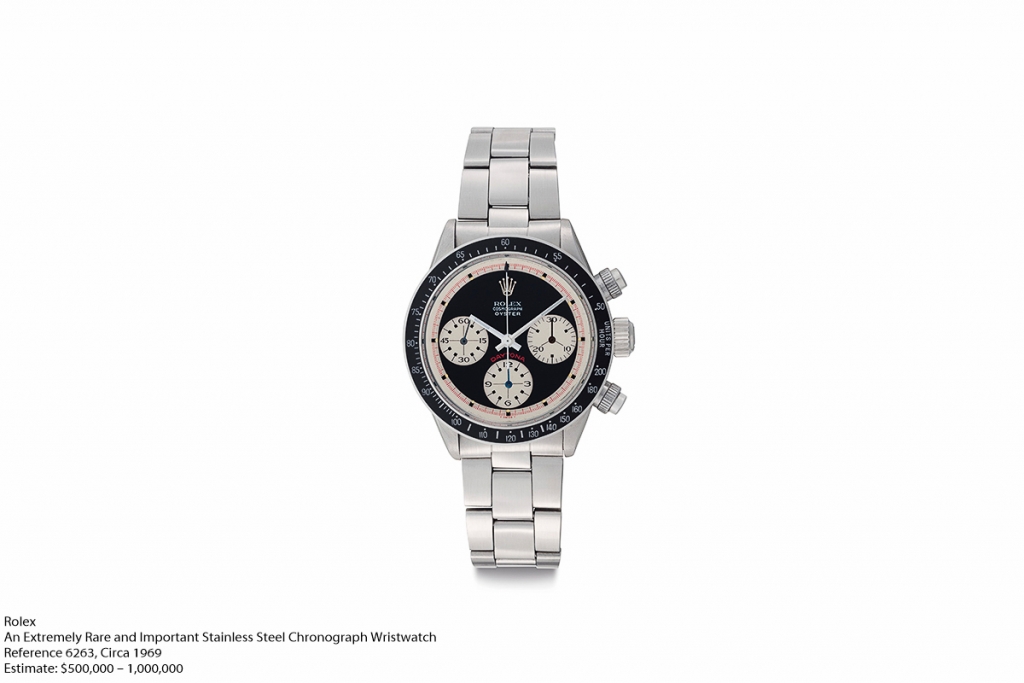 New York – Christie’s New York announces an Evening of Exceptional Watches on Thursday, December 7th. The auction will offer a carefully curated selection of 100 distinct lots that are predominately fresh – to – market and in mint condition, with estimates up to $1,000,000.

The section is highlighted by the Joe DiMaggio Patek Philippe Reference 130 and The Amelia Earhart Tiffany & Co. Travel Watch. These historically important watches offer two of the most important historic artifacts to surface in recent years from the golden era of baseball and aviation.

Joe DiMaggio is regarded as one of the most legendary baseball players to ever put on the famous Yankees pinstripes, famously known for his 56 – game hitting streak from 1941. As one of the most respected sports men in American history, Christie’s is honored to present the opportunity to own this iconic timepiece. (Estimate: $150,000 – 300,000).

Made in 1947, DiMaggio’s Patek Philippe Reference 130 offers the functional elegance of a Chronograph with desirable gold Breguet numerals beautifully set against the silvered dial. With a well – preserved case and manufacturer’s signature, this represents a very rare opportunity for both Joe DiMaggio fans and Patek Philippe collectors alike. 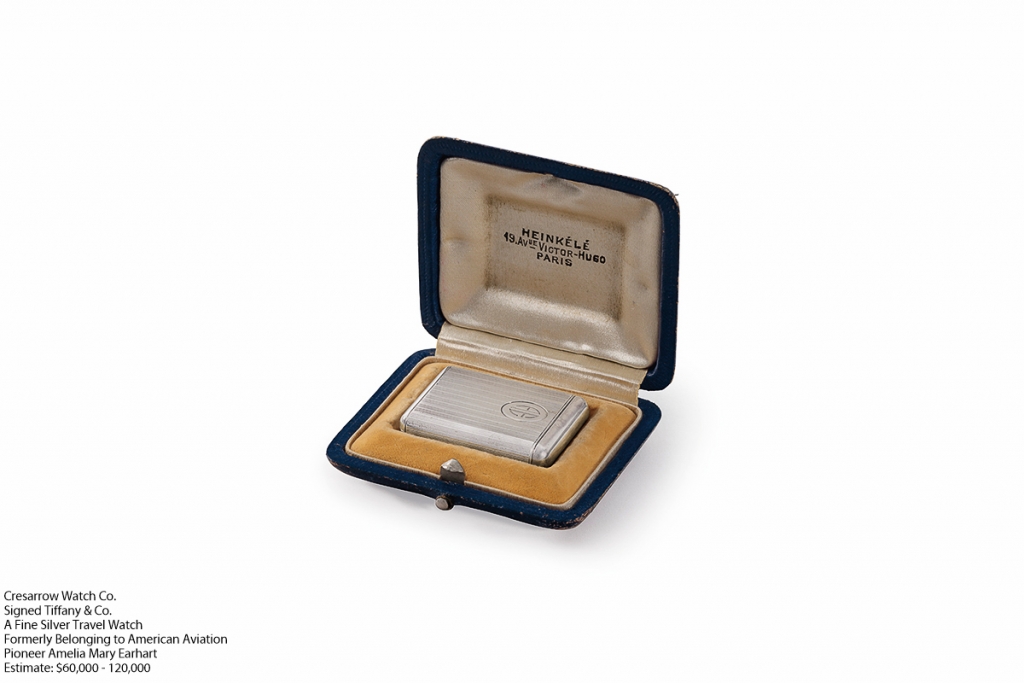 Amelia Earhart was personally gifted the aforementionedtravel watch from her friend and iconic British aviator, Amy Johnson. The back of its silver case is engraved To Amelia, In Sincere Admiration, Amy. (Estimate: $60,000 – 120,000).

The watch was presented to Amelia in 1932, the year that she had gained the title of the first female aviator to fly solo ac ross the Atlantic Ocean. Christie’s is proud to offer this watch which belonged to a n iconic woman who broke boundaries and represents amazing perseverance and heroic triumph to this day.