The motor car is expected to achieve between €750,000-950,000.2017 marks 60 years since the creation of what has now become one of the world’s most celebrated motor cars. Created as a road-going version of Mercedes‘ hugely successful W194 racing car, it remains arguably one of the most influential post-war sports cars ever made. Losing the ‚gullwing‘ doors allowed the roadster to develop in to an eminently driveable supercar, with improved handling, access and suspension.In addition to the astonishing array of Italian classics heading to the auction, a fine selection of German automobiles will be joining the Mercedes-Benz.

A 1954 Porsche 356 Pre-A Speedster (€420,000-500,000) benefitting from the purest Porsche aesthetics will be offered. In present ownership since 2011, the roadster was restored as recently as this year, and is eligible for the Mille Miglia, one of the world’s most prestigious historic motoring events. 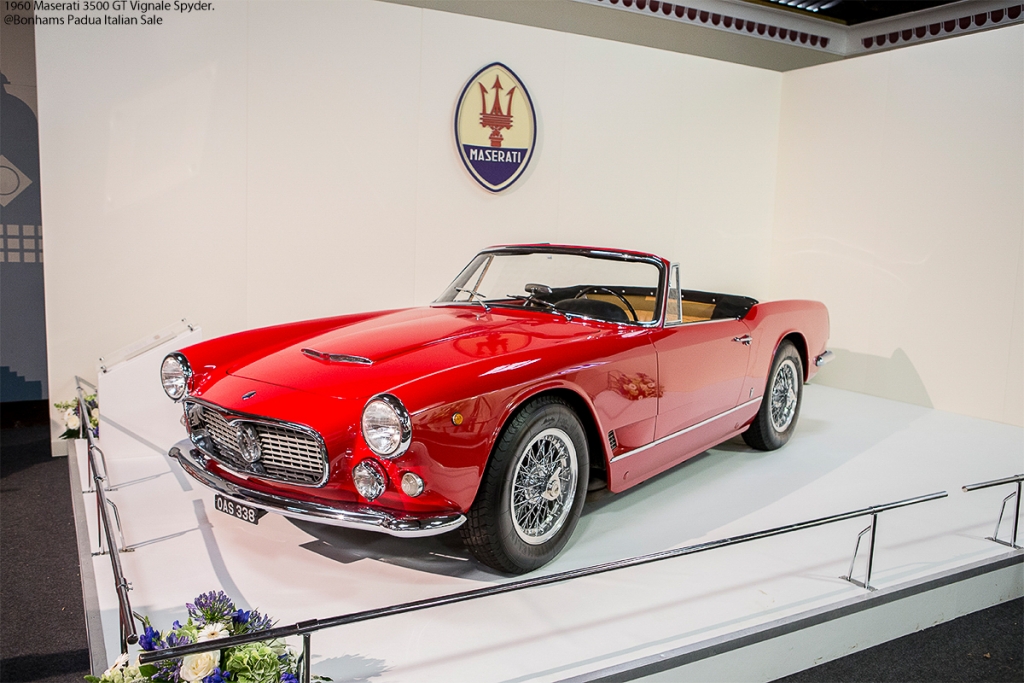 The star of the show is the 1960 Maserati 3500 GT Vignale Spyder (€600,000-700,000).The 3500GT drew on Maserati’s competition experience, and is one of their most successful and sought-after forays into the 2+2 market. Most coupés were the work of the coachbuilder Touringwhile all but one (a Frua-bodied example) of the much less common spyder version were the work of Carrozzeria Vignale. Introduced in 1959, Vignale’s Maserati 3500GT Spyder was the creation of Giovanni Michelotti, at that time the company’s star designer. The spyder lasted in production until 1964, by which time only 245 cars had been made.

The 1962 Lancia Flaminia Sport 3C (€400,000-500,000) is one of fewer than 400 Sport Zagatos made, and features the Milanese house’s renowned ‘double bubble’ roof, designed to eke out extra headroom without compromising the sleek, elegant design of the motor car. It is one of the finest examples of the old-style Lancia designs, and has been meticulously maintained since its extensive (1,750 hours) and professional restoration in the early 90s. Timeless Italian style paired with a highly-desirable and rare specification make this an ideal addition to any admirer and collector of classic Italian motor cars.

A beautiful Italian rarity is the 1967 De Tomaso Vallelunga Berlinetta (€200,000-250,000),  one of only 50 made. The exquisite coupé was the first car from De Tomaso, and was named after the Italian circuit where the company’s founder, Alejandro de Tomaso raced during the 60s.This example is exceptionally original and presented in unrestored condition, right down to the paintwork. An under-rated and beautifully performing coupé, it is eligible for a wide variety of the most prestigious historic motoring events. 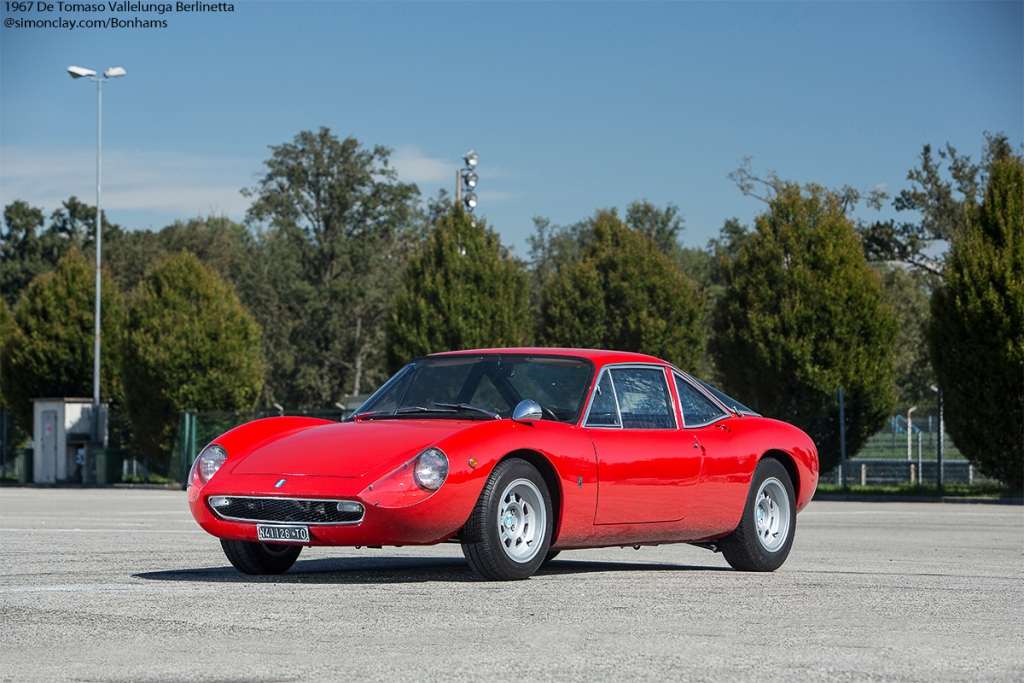 A slightly more common sight, but nevertheless a beautiful one, is the Dino. This M-series example was delivered new to Genoa, Italy before heading to the USA for a full restoration in 2012. Currently part of the vendor’s extensive private collection in the UK, this is a true driver’s car and one which should form a part of every serious Ferrari collection.

Bonhams, founded in 1793, is one of the world’s largest and most renowned auctioneers ​of fine art and antiques, motor cars and jewellery.

The main salerooms are in London, New York, Los Angeles and Hong Kong, with sales also held in Knightsbridge, Edinburgh, Paris, San Francisco and Sydney. With a worldwide network of offices and regional representatives in 22 countries, Bonhams offers sales advice and valuation services in 60 specialist areas. For a full listing of forthcoming sales, plus details of Bonhams specialist departments, please visit: