THE ART OF COOKERY

Paris. The jury of the International Eckart Witzigmann Award (ECKART) has announced its first selection: Alain Ducasse will receive the ECKART 2017 for the “Art of Cookery”.

“Alain Ducasse embodies a culinary philosophy that is very similar to my own. Preparing food is first and foremost a craft for him: The product takes centre-stage, with no room for airs and graces in the kitchen,” said Eckart Witzigmann, commenting on the jury’s decision.

Alain Ducasse represents the revival of haute cuisine unlike any other and makes the product the focal point in a radical way. He is the first chef to create and serve an all-vegetarian menu worthy of three stars. Ducasse thinks far beyond the plate. Food is for him a fundamental need with the status of a civil liberty.

Alain Ducasse is the only chef to have earned the highest accolade of three Michelin stars for three different restaurants: “Le Louis XV” in Monte Carlo; “Le Plaza Athénée” in Paris and the “Alain Ducasse at the Essex House” in New York City.

With an approach more prêt-à-porter than haute couture, Ducasse started out opening bistros in his name without aspiring to the level of a starred restaurant. In this way, he was able to share his culinary philosophy with a wide audience. Today, he operates 26 restaurants worldwide.

ECKART 2017 jury session Chairman of the jury and host was ECKART 2013 award-winner Joël Robuchon. The jury met at the “Atelier Robuchon” restaurant in Paris to decide the winners of the ECKART 2017 in the categories “Art of Cookery”, “Innovation” and “Art of living”. This year, there were more nominees for consideration than ever before. 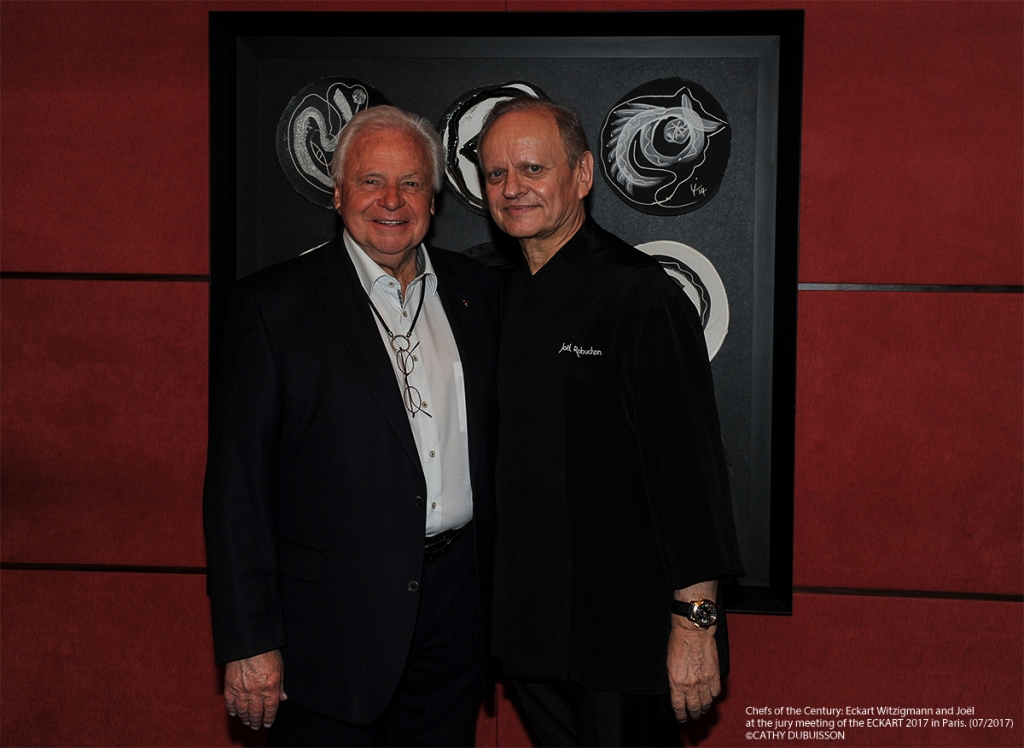 For the ECKART –  “Creative Responsibility and Enjoyment”, introduced in 2013 with a cash award endowed by the BMW Group, the jury also draws on the expertise of former ECKART winners.

This is the first time the ECKART will be presented outside of Germany and marks the beginning of its world tour. The award ceremony for the ECKART 2017 will be held in Paris, with the next stop in New York City.

For the BMW Group, which has partnered with the Witzigmann Academy since 2012, sustainability has been an integral part of its corporate strategy for many years, with sustainable development firmly established as a corporate target at Group level: from the development of alternative, fuel-saving vehicle concepts through environmentally-compatible production processes to eco-friendly recycling methods. At the BMW Group, sustainable thinking and action influences not only the product, but the entire value chain. In all areas of the company, the focus is on meaningful and responsible use of energy and raw materials.