Milan’s Teatro alla Scala is one of the principal opera houses of the world and the leading Italian house. La Scala is the mythical theatre where classical music flourished, where great composers such as Rossini, Verdi and Puccini triumphed, and where legendary conductor Arturo Toscanini rehearsed in the Sala Gialla. It has been the scene of many famous opera premieres, among them Bellini’s Norma, Verdi’s Otello and Falstaff, and Puccini’s Madama Butterfly and Turandot.

Rolex Testimonees have also made their mark at the renowned venue: Plácido Domingo’s wildly successful Otello dominated one of the greatest seasons in La Scala’s history, Cecilia Bartoli returned recently after many years, and Gustavo Dudamel conducted his first Don Giovanni there. La Scala also draws the best stage directors, from Robert Wilson to Robert Lepage. Literally translated as “Theatre at the Stairway”, and known simply as La Scala, its name derives from having been built on the site of a Gothic church called Santa Maria alla Scala. It was founded in 1776 under the auspices of the Empress Maria Theresa of Austria (whose country ruled Milan) to replace a previous theatre destroyed by fire. In 1872 it became the property of the city of Milan. The very first performance there was Antonio Salieri’s 38-scene opera Europa riconosciuta, a tragic tale of love, violence and political discord. 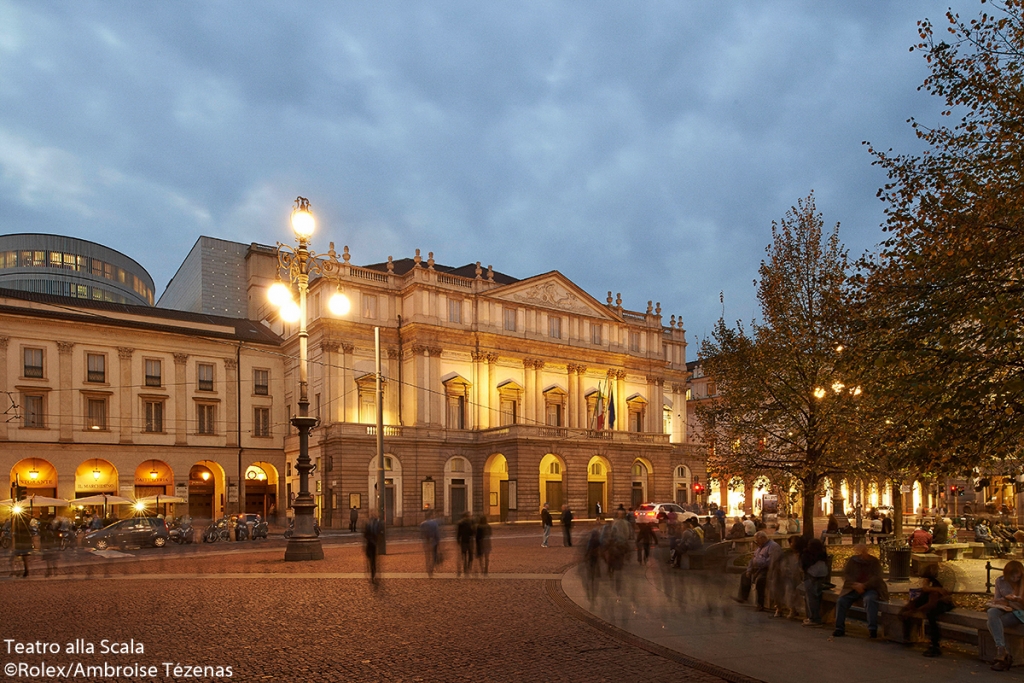 La Scala is known above all for its audience, without a doubt one of the liveliest, most discerning in the world. Teatro alla Scala, through its long and illustrious history, represents ultimate prestige and excellence, values it shares with Rolex, which has been Exclusive Timepiece of La Scala since 2006.