The partnership between the BMW Group and the Frieze New York art fair entered its sixth consecutive year,  on Manhattan’s Randall Island from May 5 – 7, 2017. As part of this year’s activities, and in addition to providing VIP shuttle service in a fleet of BMW 7 Series vehicles, BMW  hosted two exclusive events in partnership with Soho House – an Art Talk on May 3rd and a Design Talk on May 6th. Throughout Frieze week BMW will also welcome fair visitors to a dedicated BMW Lounge which  showcased the new and exclusive BMW i8 MemphisStyle, celebrating its North American premiere. 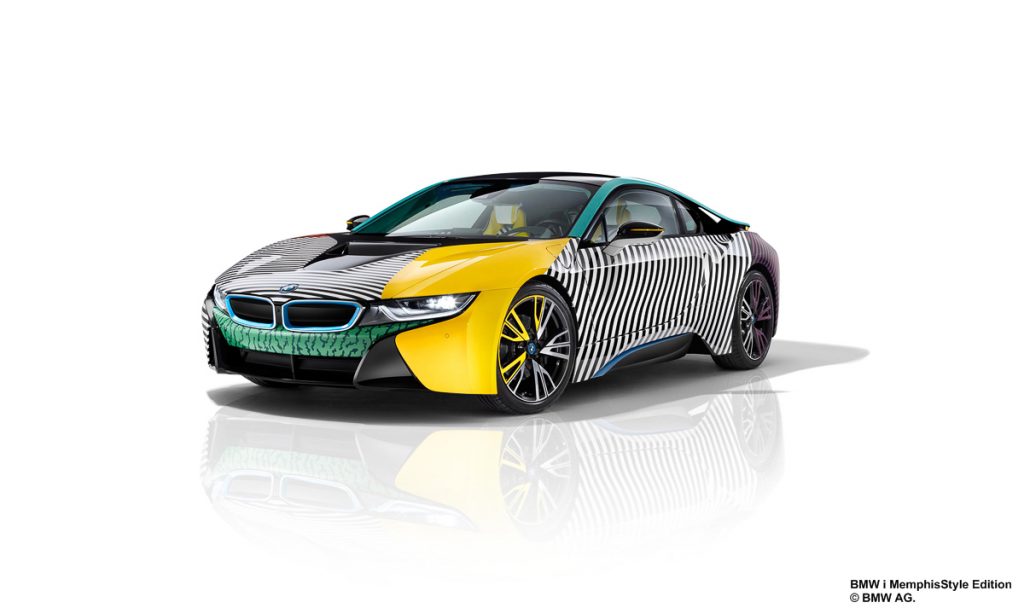 The Memphis Group revolutionized the world of design by being an antithesis to functionalism and any commercial logic in the 1980s. Founded in 1981 by Ettore Sottsass Jr., the group’s style was provocative and inspired by movements like Art Deco with its geometrical shapes and Pop Art with its bright colors and Kitsch. The BMW i8 MemphisStyle, thus, blazes in a colorful brightness with horizontal and vertical lines along with hypnotic patterns decorating the surface. Those contrasts display the pure expression of rebellion and liberation from the rigid standards of traditional design. The BMW i8 MemphisStyle was designed and produced in cooperation with Garage Italia Customs. 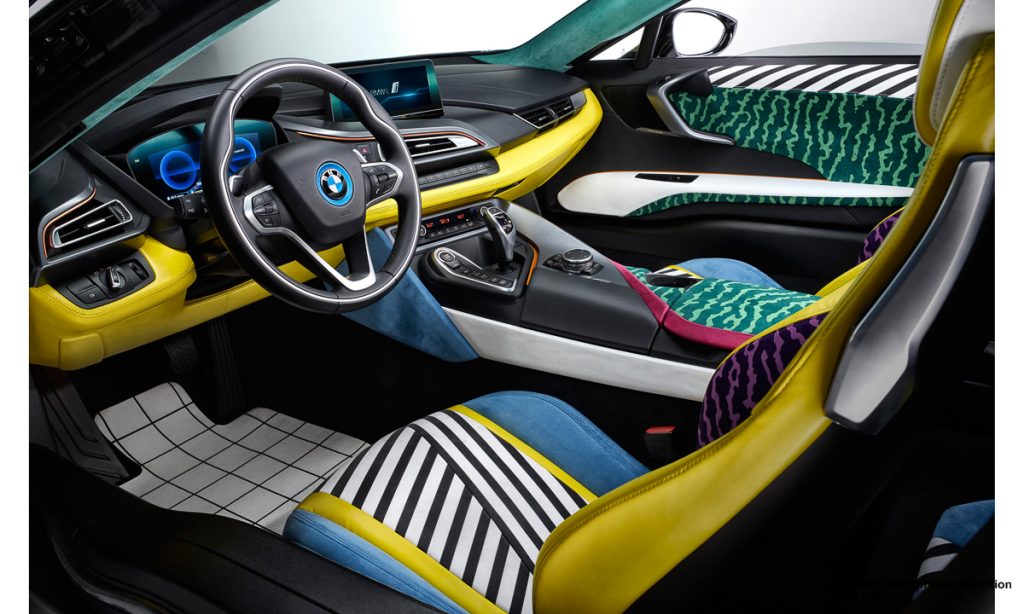 As one of the most important fairs of contemporary art worldwide, Frieze New York presents over 200 leading international galleries annually. BMW has been a partner of Frieze London since 2004, and in 2012, the partnership was extended to include Frieze New York. Apart from Frieze, for more than a decade, BMW has been an active partner of renowned international art fairs including Art Basel Hong Kong, Miami and Basel, Gallery Weekend Berlin and TEFAF Maastricht. In addition, the BMW Group is partner of internationally acclaimed museums such as Tate Modern in London, publishes the “BMW Art Guide by Independent Collectors” together with Independent Collectors and focuses on promoting young art with initiatives such as the BMW Art Journey or the Preis der Nationalgalerie.